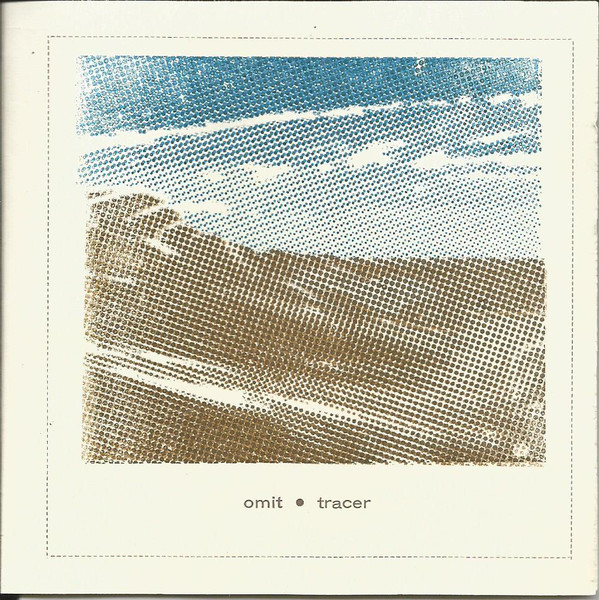 Never one to do things by halves or even singly when they can be done as double or even triple CD sets, New Zealand’s premier isolationist electronics musician Clinton Williams aka Omit has pursued a distinctive if quiet and low-key path through minimalist electronic / light industrial drone music with his set of hand-made and salvaged electronic sound sources (which include modified electrical motors) in his home studio over a period spanning some 30 years. His immense recorded output of albums and singles dates back to 1990, much of it released on his own label Deepskin Conceptual Mindmusic, with the early music being recorded to cassette and the later music released on CD-R or lathe-cut polycarbonate discs and as far as I know Omit shows no sign of slowing down, having released a studio album in 2017 and a compilation in 2018.

Reviewing Omit’s releases can be very daunting especially when, as on this double CD set first released on CD-R in 2003 and then later licensed to The Helen Scarsdale Agency in 2005, over twenty tracks of highly rhythmic, often repetitive droning pieces in which to bury your head deeply are featured. The ambience surrounding the music is always a little sinister and creepy, and the slight wonky tone of the instruments used always brings to mind a stark, severe post-industrial, even dystopian world in which derelict buildings where machines are slowly running down or churning or gurgling quietly non-stop, waiting to be turned off, are all that remain of a former human presence. Opening track “Sequester” introduces the listener to this eerie universe with vocal samples which may have the effect of suggesting a bleak futuristic police-state society where none perhaps exists. The tracks that come after are highly atmospheric, often with background drone tone wash that makes them seem quite massive, against which electronic rhythms busily beaver away: it’s this juxtaposition of almost banal low-key machine mutter loops chugging away while distant drone sweeps overhead that makes these instrumental pieces seem deep and complex. (In this respect, the menacing, haunting track “Din Shader” is a stand-out.) Some tracks like “Rhythm Shift” and “Topper-Flex” are a little more accessible than others with sounds and rhythms that are almost quite pop-friendly and chirpy.

The second disc may be even more forbidding than the first disc, starting with the deeply sinister, creaking “Clicker” in which a machine on the verge of collapse mopes about an abandoned factory while invisible gloomy spirits float about. Again the emphasis is on repeating mechanical loops that conjure up and sustain a post-apocalyptic, deindustrialised world where rusting machines and structures with rust and mould growing on them put up a failing last stand against the encroachment of dust, death and chaos. “Link-Op” has the air of a sombre elegy for one soldier machine fallen in the endless battle: a robot monotone monologue drones more or less continuously over a clunky rhythm while gentle tones ebb back and forth and sometimes hover in mid-air. On the tracks that follow, the feeling of a vast and severe isolation is strong, and the introspective nature of the sound and rhythm loops is so deep as to be bottomless.

While two discs of very minimal atmospheric droning doom instrumental electronica that describe a bleak futuristic world might not sound terribly inviting, listening to this music does have its rewards: in depicting a possible future world, it is incredibly awe-inspiring and has the power to humble listeners. In its best moments the recording is beautiful and even quite refined and elegant in its aloneness. Dreamscapes abound and while the music can be dark and bleak, it never seems hopeless or despondent. Once you accept the music for what it is and for what it can do, it can be comforting in its repetition and even tone. It does not call for regret or shame listeners: it calls our attention to a possible future and leaves us free to make up our own minds about what to do or not do next.