The Short Scenes (ZOHARUM ZOHAR 174-2) CD came about when Machinefabriek (Rutger Zuydervelt) was working with the violinist Anne Bakker on a movie soundtrack. He took a number of her improvised performances and re-edited them. I don’t think the soundtrack ever materialised, but the process did produce a number of short pieces, around 2-3 minutes apiece, suitable for movie soundtrack cues. He evidently liked them well enough to create the resultant album. Compared to a regular Machinefabriek release – if such a thing can be said to exist – this one has fewer signs of studio processing and synthetic drone, and the natural sound of Bakker’s instrument shines; even when we know it’s been edited, overdubbed and probably treated with something to lend a pleasant sheen to the finished sound. He says he did not work to any “pre-conceived plan”, but people are always saying that, often as a ruse to mislead us when they know exactly what they’re doing. It’s also impressive that he’s managed to build a few tracks of a rather percussive nature – not quite dance beats, but certainly rhythmical – working only with these violin recordings. He’s probably put in a lot more work into these edits and assemblages than may appear at first glance. Anne Bakker has a pretty immaculate style of playing on the evidence of this, and there’s a calm dignity to her work, suffused with certain emotions of disenchantment. Together, they pack a good deal of event and ideas into each concise piece, even if the end results feel just a shade too “tidy”. Perhaps it’s the abstract cover art, where every pattern is “squared away” into a nice neat grid, leads me to think along these lines. An enjoyable piece of modern classicism nevertheless. From 6th December 2018. 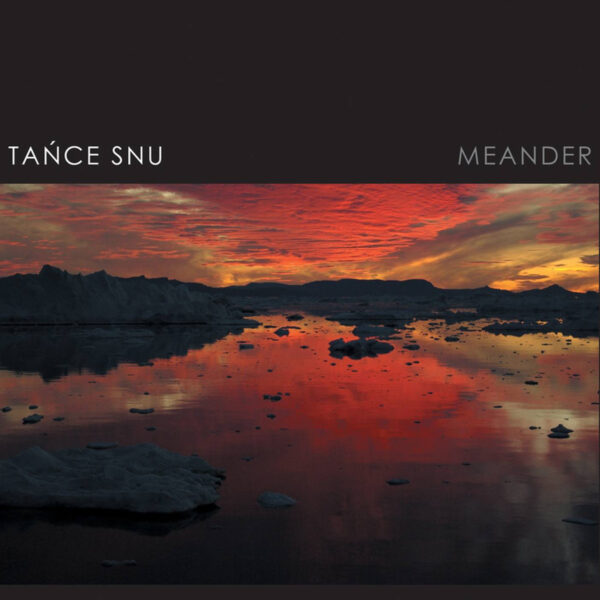 The musicians India Czajkowska and Sebastian Madejski have been playing separately and together for some years now, and in 2014 they made an album together called Ta?ce Snu. They now adopt Ta?ce Snu – the phrase translates into English as “dream dances” – as the name of their band, and together with percussionist Adam Rozenman and guitarist Christoph Matyaschek they bring us the album Meander (ZOHARUM ZOHAR 171-2). As you may guess from title, Meander is intended as an “odyssey” type record, inviting the listener on a journey “inspired by the sounds of the past”. To bolster this theme, witness the evocative photos of landscape on the outer cover and the reproductions of old maps – including exotic places names, mountain ranges, and a sea serpent – on the inside. Expect a fair bit of exotic sound delights from the synths and hammered dulcimer of this travel-hungry duo, exuding a vaguely “ethnic” vibe with their drones and plucks, although the real strength lies in their singing voices; you may not care much for the wispy, meandery melodies on offer, but the combined tones of their wails is pretty eerie. One voice is high-pitched and ethereal, the other as dusky as a man of the mountains. A little quasi-mystical, a little New Agey in places, and even resembling later Kate Bush extravaganzas (though not as imaginative), yet the couple have a lot of conviction in what they’re doing. From 6th December 2018.