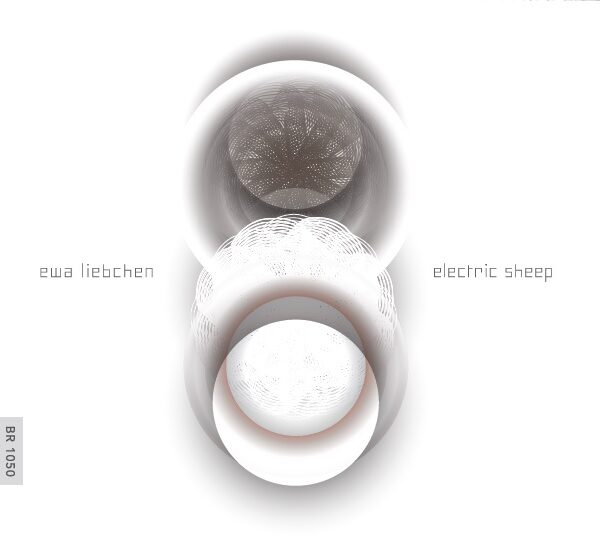 Excellent record of modernist loveliness by flautist Ewa Liebchen. Electric Sheep (BÔLT RECORDS BR 1050) shows a highly accomplished and imaginative take on a number of modernist compositions by 20th and 21st-century composers, plus one by Kratfwerk. We’ve heard her work before on Res Facta by Slawomir Kupczak (released on this same label), and indeed she leads off the record with a Kupczak piece called ‘Halny’. No other musicians are credited on this one, so we must assume these astonishing and strange sounds – many of which barely resemble a conventional flute – must result from an electro-acoustic / overdub approach in the studio. To put it more plainly, she sounds like an entire chamber ensemble. ‘Halny’ is a real tour de force – a mini symphony in 15 mins, traversing cold and alienating territories along with those of a more favourable clime.

From Poland, Artur Zagajewski’s ‘Composition Arithmétique’ is a more digestible systems-type piece, but I like the simple and minimal way it trips along a modest and unassuming path, almost like a latterday Satie-influenced flaneur. Bernhard Lang is a respected Austrian composer and improviser (he plays in three groups) who brings a deep knowledge of jazz to his work, although ‘DW21’ has a decidedly dark tone that seems more in line with European atonal schools of thought, with uncertain melodic lines and many brow-furrowing moments of angst. Hubert Zemler contributes sinister percussive noises to this piece; the snare drum is especially unnerving, conjuring up visions of threatening toy soldiers coming to life.

Zemler also did the arrangement for ‘Ruckzuck’, the famed Kraftwerk tune from 1970, on which Eva plays at least two overdubbed flutes; the “crowd-pleaser” of the set, perhaps, but it’s performed immaculately, with just the sort of precision and clarity that Ralf and Florian would endorse. On ‘Magnificat’ by László Sáry, the flute is joined by soprano singer Joanna Freszel; Hungarian Sáry is a veteran of the modernist wars and founded the New Music Studio in Budapest in 1970; ‘Magnificat’ is about the most “conventional” work on the album, but I can sense why Ewa Liebchen selected it, as it affords many opportunities for her exquisite technique. Through multiple single notes, entire chords are implied, producing a tapestry of beautiful detailed music perhaps with help from a little electronic echo. Lastly, there’s Rytis Mažulis’s ‘Puja’; Mažulis is one of these up-and-coming Lithuanian young composers who have been edging into the spotlight of late. Knowing nothing about his work, I sense ‘Puja’ is another systems-ish composition based on the very elaborate and regular interwoven patterns that Ewa creates with her hard-working flute, patterns which grow in complexity and density at an impressive rate. She ends up sounding like a mad pipe-organ or a fairground steam-organ spinning out of control at one of Ray Bradbury’s Dark Carnival settings.

Recorded in Warsaw, this is a very impressive piece of work both in its assured execution and the unusual vision of its creator. From 4th December 2018.