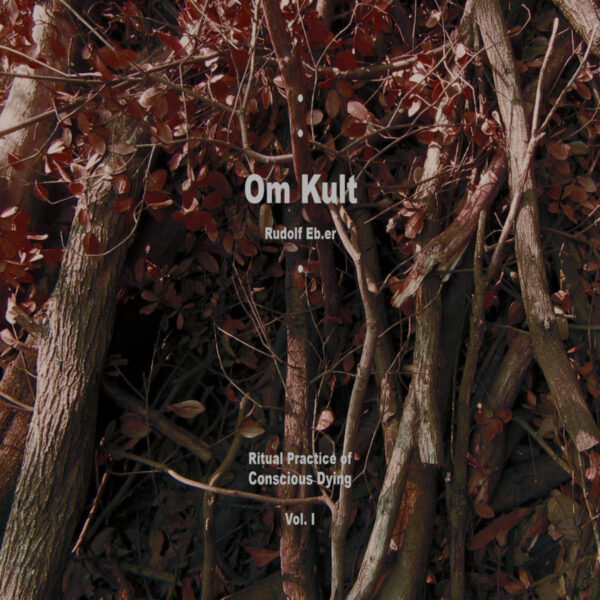 Rudolf Eb.er, the artist formerly known as Runzelstirn & Gurgelstøck, is back with new uses for his bag of wince-inducing tones, morbid themes and location recordings, which have seen good use since 2012’s Extreme Rituals at least. Om Kult 1 is the first part of a trilogy (or triptych, as he prefers), which is set to eclipse all previous efforts in scope and ambition. Whether this kult is physical or notional is not disclosed, but it’s probably best not to know, going by the fetid delicacies on offer, and this appears to be a refinement on previous work. Yet, while eb.er’s music (if that’s the term) has become, dare I say, more listenable over time (by which I mean less inclined to maddening fits of silence, violence and scatology), it remains ever impenetrable. As each of these 31 sensory overload miniatures illustrates, whatever goes on in Mr. eb.er’s head stays locked in there. Listeners can peer at the blacked-out windows and wonder, but there’s little more to be done.

Equally opaque is his purpose for recording. The tidbit he does offer – ‘examinations of personal psychotic episodes with aural hallucinations and paranormal perceptions’ – suggests a forensic phenomenology that language is inadequate to communicate. From one track to the next there is no discernable pattern or narrative, nor meaning in the polyglottal titles. However, there is theme and structure on the macro level. Thematically, eb.er links the work to Dzogchen Buddhism and its Phowa meditation, which the practitioner uses to eject the conscious mind from the body at the moment of death. I vaguely recall mention of such a practice in the Tibetan Book of Living and Dying. It might sound risible till one actually examines eb.er’s pathology: where his former career in ‘psycho-training’ was violently embodied, the current focus is one of increasing disembodiment. There are sine waves, tape hisses, distant vascular thumps, what sounds like human voices being digested, backwards, in slow motion… but these are abstracted, juxtaposed and de-contextualised. The last album, (not including tour releases etc), Brain Nectar, had a similar trajectory towards transcendence via disgust, but added shamanic musical elements. Om Kult discharges all such signposts as it charges headlong into the abyss. The greatest comfort on offer is the sound of maggots feasting on an animal corpse, and if that sounds groovy then I highly recommend Schimpfluch affiliate Alice Kemp’s Fill My Body With Flowers and Rice, to which eb.er contributes recordings and editing.

In terms of structure, all 3 volumes contain 31 tracks, which totals at 93, which Aleister Crowley devotees will recognise as the numerical equivalent to Greek words for love (?????) and will (??????) within the Great Beast’s Thelemic system, as cited in his misunderstood ‘do what thou wilt’ maxim, which pertains to the discernment of one’s true purpose. However, here the trail grows a little cold. Even though eb.er has referenced the number on several occasions (for instance, 2015’s T.H.I.E.R for instance was issued in an initial edition of 93 copies), he has not publicly elaborated on the significance of Crowley’s work to his own, though like Crowley he works within a vaguely syncretic framework. This is not entirely surprising; magickal practitioners, particularly those within Crowley’s A?A?, tend not to be vocal about their practices, which involve, among other things, the invocation of ‘higher’ beings such as the Holy Guardian Angel, for knowledge and conversation. Ritual secrecy may thus be one reason for the mystery. Another could be a disinclination to create expectations or associations.

While such speculation may make this all sound rather abstruse or pretentious, I don’t suppose eb.er would approve. Whatever his reasons are for putting these strange sounds among us, listeners are expected to do some work. However, if Amazon reference points are needed, it might appeal to the more adventurous fans of Basil Kirchin’s abstract work of the early ‘70s: Worlds Within Worlds and so on, so long as they can substitute Kirchin’s whirling ‘boulders’ of natural mystery for a realm of filth, disgust, horror and the distant promise of spiritual transcendence. Seems a fair deal to me.