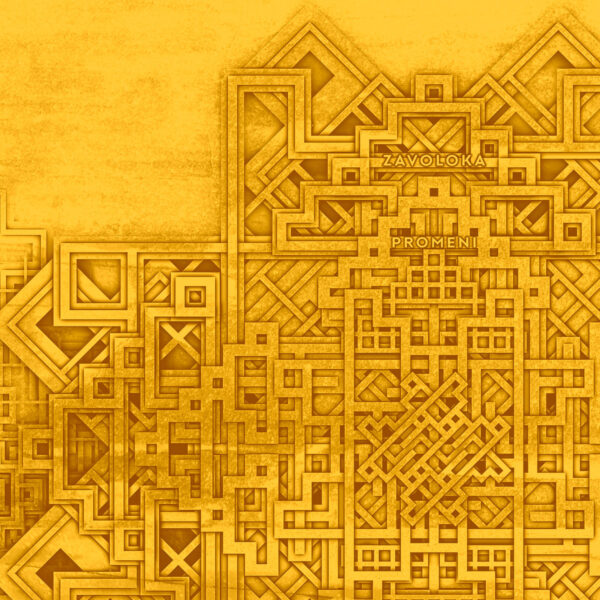 Ukrainian ex-pat Kateryna Zavoloka’s work with Kvitnu label co-founder Dmytro Federenko as Cluster Lizard has received fair press in these parts of late, but time has passed since her solo work received attention. I enjoyed her 2017 release, Syngonia, for its taut and tasteful dystopian techno tropes, executed with the same vivacious attention for detail as her graphic design, and in this respect, little has changed since that release. Promeni carries the same, meticulous sci-fi-techno torch as its predecessors, so it is tempting to say that little has changed: more vertiginous layers of oppressive and interlocking rhythms that resemble the cover art, in this case depths of ageing yellow arabesques. However, Promeni, which means ‘rays’ in Ukrainian, marks a distinct lightening of tone on Syngonia. And themed around the element of fire, the music, accordingly, radiates light and heat: expansive synth pads rising to the point of incandescence; tones sweeping like laser beams or shafts of light passing through a prism/prison; the congregated elements condensing beyond the point of distortion. Both exhilarating and ponderous both, this is not music for the body but the mind. Thus I do believe this proves Ed Pinsent’s theory about the kindred evolution of avant-techno and that of prog rock. This is the last of a four-part series on the universal elements – how much more explicit can it be?