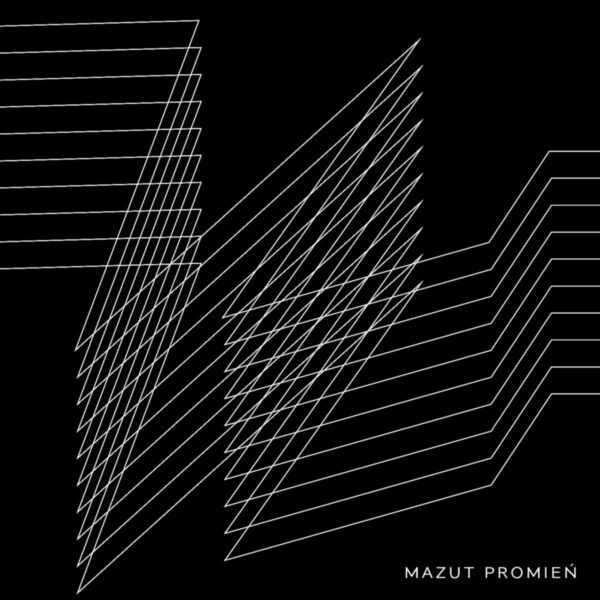 Released on their label Positive Regression, this album by the duo Mazut combines industrial techno, electronic body music and other styles of electronic-based dance music with an “aesthetisation of violence” (sic) concept. I guess that explains the relentless attacking style of “Promien” as well as the mind-numbing repetition. Starting with “You Can Get Angry”, tracks carry titles insinuating relationships of confrontation, conflict and potential for violence with no compromise. From the second track “Punishment” on, the music launches into continuous rhythm loops of intrusive and insistent techno-noise and electronic disco. The effect of non-stop repetition within tracks – though Mazut men Pawel Starzec and Michal Turowski do vary the details of the looping rhythms and beats – can be either enthralling and hypnotic or very alienating … or even a bit of both extremes. Not many tracks have much ambience or changes in mood: “The Sun Blinded Me” is something of an exception with its slightly sultry mood in parts and the layered beats and rhythms, some of which are very sinuous and sharp.

For dance music, most tracks are not very long (with one exception they are less than seven minutes) and for all their busyness and constant noise, they have a strangely static quality: by the time each track finishes, you don’t feel you have come a long way from when it first began, probably because the music just isn’t long enough and the beats and rhythms are just too dense and busy. Some tracks like “Missing Foundation” have a po-faced kitsch quality and by the time we reach “Good Grief”, the music starts to sound as if it’s scraping the bottom of a bag of cheap-thrill tricks, beguiling though they may have been earlier.

I do understand that artists incorporate violence or the excess that comes with violence into their work to communicate something of the world they live in, in which images, sounds, media, concepts, narratives and values may clash and intersect in random ways that lack meaning or sense; the best of these works try to find and express something deeper behind these clashes that illuminates them in some way or brings out a fuller meaning. I’m not sure that enough was done with the music on “Promien” that brought out the full potential of the sounds, noises and layers of sonic texture on the tracks.