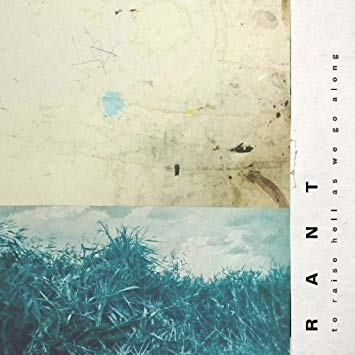 Guitarist Torsten Papenheim and drummer/percussionist Merle Bennett are an experimental concern who have pushed duo dynamics into some strange and intriguing nooks and crannies in their decade and a half of existence. They’re also veterans of a hundred or so European gigs which have occasionally been punctuated with c.d. releases like “Margo Flux”, “Land”, “A Direct Sensuous Pleasure” and “Seumsund/Sundseum”. All, by the way, on their ‘Schraum’ imprint, which closed its doors in 2016, after clocking up a score of diverse improv/jazz albums. However, album number the fifth is their very first that consists entirely of cover versions. A left of centre “These Foolish Things”/”Pin-Ups” perhaps finds our twosome cherry-picking eleven jazz standards, staking out a time/space roughly before the emergence of the three f’s: freeform, fusion and fire music.

A slam-bang-one-take recording opens with an interpretation of the well-travelled “Work Song” by Charles Mingus, and yes, with the barest of essentials, it still swings like a well-oiled pendulum and that holds true right the way down the line, even with the eventual onset of a few discords, glass finger blur, and the distant murmur of feedback. Nifty individual fret’n’drum activity sees the pair tripping the light fantastic through a nicel lyrical “Georgia on my mind” c/o Hoagy Carmichael, a cool and succinct run through of Monk’s “In Walked Bud” (which recalls a scaled-down Lounge Lizards, post Arto) and a slightly disjointed re-jig of “In Your Own Sweet Way” (Dave “Take Five” Brubeck). Its noodly mid-section politely scooting past its somewhat neat, buttoned-down/bow-tied origins. Two of the more lesser-known numbers bear testimony to the diligence of painstaking research. For example, the poignant strains of “Moorsoldatenlied” were written in beyond extreme circumstances by German resistance fighter Rudolf Goguel, during his incarceration in a Nazi concentration camp. Realising that now, its reactivated melody lines really do take it into another dimension entirely. Arthur Schwarz’s “Alone Together” on the other hand, is culled from a pre-war Broadway musical called “Flying Colors”. Not that the greasepaint’s roar and the crowd’s smell associated with that accursed medium is evident here. I guess that Torsten and Merle took the initiative from bandleader Artie Shaw, who gave it a fully syncopated make-over a couple of years later in 1939. Still, a weird choon to dip your toes into though, eh?

“To Raise Hell…” doesn’t treat its sources in a slavishly reverential way and neither is it of the deconstructionist persuasion, but sets its place somewhere in the middle; a ‘Goldilocks Zone’ where astronomer and storybook heroine alike agree that everything is “just right”.