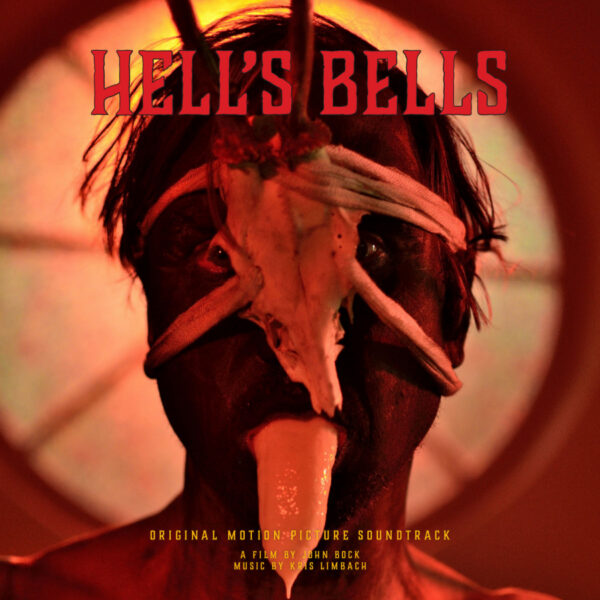 Berlin musician Kris Limbach is one of the founders of Emitter Micro, that label that specialises in issuing bewildering records of highly reduced, minimal electronic music. The AKP record (with Anton Mobin and Pierce Warnecke) from 2018 was a prime example of the puzzling non-music of which Kris is capable, and having had some experience with his approach might have helped prepare me for today’s unusual records. Both are vinyl LPs, both are movie soundtracks; both the movies were made by John Bock. I have seen neither one of these arthouse specials, yet somehow feel that I know something about them, having heard the soundtrack music and scoped the images which are printed in full colour on all four available surfaces of these gatefold releases. Did I mention they’re also limited and numbered, and pressed in coloured / clear vinyl. As an index of how far the label has gone down this vinyl-only route, you can’t even stream the albums from Bandcamp – apart from a few very short representative tracks.

The first of these is Hell’s Bells (EM011/2) – all music composed and performed by Limbach, except he had help from a few guest musicians, including Hopek Quirin, Stephan Müller, Rieko Okuda, and Agente Costura – who memorably plays the “prepared sewing machine” on one track. The film-maker John Bock is credited as producer and arranger, which indicates the two creators worked hand in glove for the entire production, film inseparable from its soundtrack. Well, going by the images on the covers, I’d venture to guess that Hell’s Bells is a post-modern take on the western genre, informed by a strong sense of grotesquerie and surrealism inherited from Jodorowsky, plus liberal dashes of ultra-violence and morbidity that would show up Tarantino for the lightweight that he is. Further clues can be deduced from the titles of the tracks – sorry, the cues – such as ‘Silencio for a dead gaze’ and ‘Knitting Needle in the Eyeball’, plus the many references to death, pain, and coffins. ‘Silencio for a dead gaze’ is surely good enough a title to have appeared on a Morricone soundtrack for a Sergio Leone western. The music however is quite some way from that school of soundtrack-making, and emerges as a cross between cold, abstract electronica and with a very refined take on doom metal. Languid to the point of turgidity, all the music creeps along at a deathly pace; no wonder one tune is called ‘Checkmate of the Snail’, suggesting both the slowness and the sterility of it. The mood alternates between a sort of static tension and moments of unbearable horror, the latter expressed in unexpected explosions of controlled noise, some of them perhaps emerging from Quirin’s manipulated bass or Müller’s constricted guitars. I can’t say there’s much excitement here, and the record mostly leaves me cold; but it’s certainly very distinctive. If the music matches the movie, you can expect long takes and static cameras as these uncanny events (if indeed there are any) slowly unfold before you. 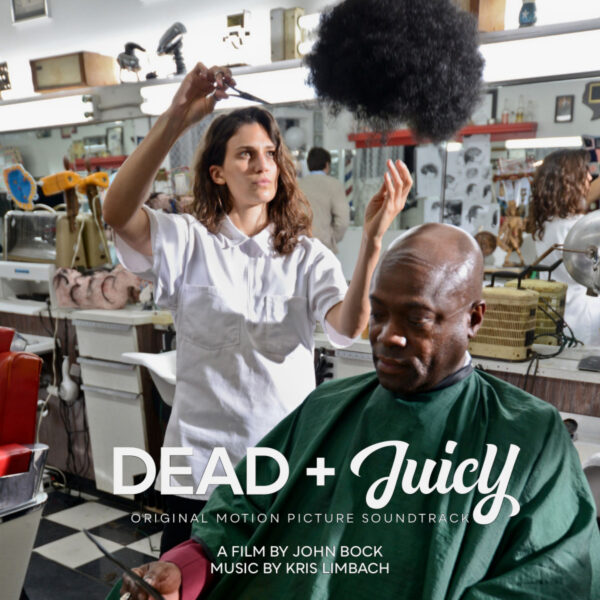 The other album is Dead + Juicy (EM011/1), likewise created by Bock and Limbach, joined this time by Stephan Müller again with his guitars and fretless bass. The music on this occasion is cut from the same cloth as the above, but varied slightly by certain nuances; for one, Limbach will allow himself the indulgence of a melody now and again, rather than striving to create nerve-shredding atmospheres and tense situations. But they are very minimal melodies, slowed down to a pace that requires a magnifying glass to perceive the connections between the notes. I’m beginning to wonder if the entire project is an exercise in deconstruction; thwarting the listener’s expectations at every turn and inverting all the conventions of the genre. There’s a smidgeon more continuity than on Hell’s Bells, though; the very short cues all segue together, and one side does at least create a somewhat compelling suggestion of narrative, especially with the highly intriguing titles such as ‘Time Slip’ and ‘Walking Definition I’. The best title, ‘Uncanny Overglove Warp’, appears on side two and suggests one theme of Dead + Juicy may have something to do with unexpected shifts in time and space, but I’m guessing. The cover images this time are just plain bewildering; scenes from a barber’s shop with a floating wig, and a hairdresser attempting to apply an electric razor to the pelt of a rat. Meanwhile the back cover with its gaudy cabaret set comes straight from the mind of David Lynch; it’s got just the same sense of implied menace lurking behind the glamour. Maybe the film owes something to Lynch too, but as previously noted I haven’t seen it.

Both of these cold and puzzling spins were released 10th December 2018.