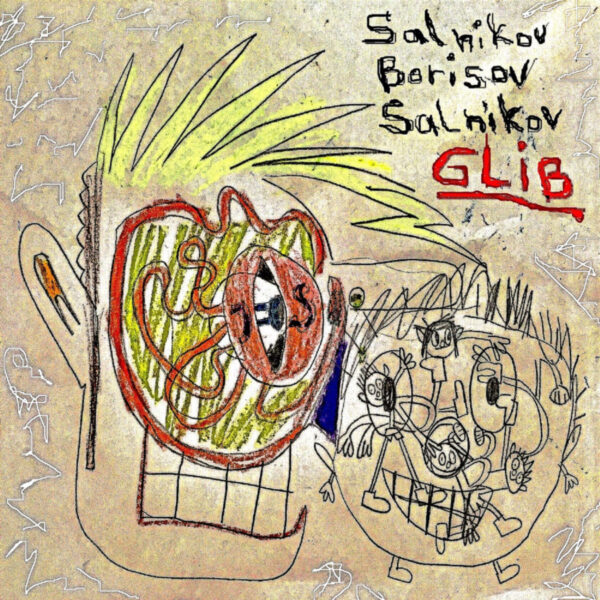 Herewith a couple of zesty Alexei Borisov related items – check in now to find out what’s happening in Russian underground electronic noise! On Glib (NO LABEL), he teams up with a couple of Salnikovs and nine tracks of piping-hot digital malarkey erupt forth like so many dancing fish in a pan. Misha Salnikov, sometimes called just MOX, is a member of electronic-rock band Poostosh and has appeared on records from Untime and Megaliner. Alexander Salnikov is almost entirely off-radar and this Glib item may be his debut in the world of spicy digital rumblings. Besides being wacky fun, the music has surreal jokey titles about ants, secateurs and Spiderman, and puns abound. It’s as though the three of them are rebuilding the disco on their own terms…chaotic beats, errant noises, huge imbalances in volume and dynamics, and lots of clashing dayglo colours. Great! Oxford News (NO LABEL) documents free improvisation and electronic performances from Ground Hodynka Space in 2018. For one thing here’s your chance to hear the sax playing of Sergey Letov, something of a veteran and one of the few avant-garde sax players in Russia (I’m guessing there can’t be that many). He’s the brother of Yegor Letov, who started various avant-rock and punk bands in that country in the 1980s and 1990s. Sergey Letov also has incredible hair and beard. You can hear him blast a mournful toot alongside the brilliant Theremin work of Lydia Kavina on the opening track, and that alone should bring salt water to the inner skeleton. Misha MOX Salnikov is also here with his electronic set-up – on track two he appears with Borisov and Vladimir Kitliar, another fine Theremin player, for 12 mins of spooked up semi-melodic groink with a lilting pulse. Again, impolite noise eruptions are the order of the day here, something I welcome in an era of over-manicured digital whinings from weedy laptops – Kitliar’s theremin really pushes out a good elephantine bellow when the occasion demands it. These five rejoin in various trio combinations for the rest of the album, before playing as a five-piece on the final piece. All this music is exciting and fun…it seems to owe very little to the conventions of improvisation or current electronic music, and follows its own lights to create hugely entertaining and enjoyable noise. Nobody is showing off or intent on letting us know how great they are as musicians, and even happy amateurs are allowed into the charmed circle. A refreshing puff of air from the Russian climes. From 2nd January 2019.