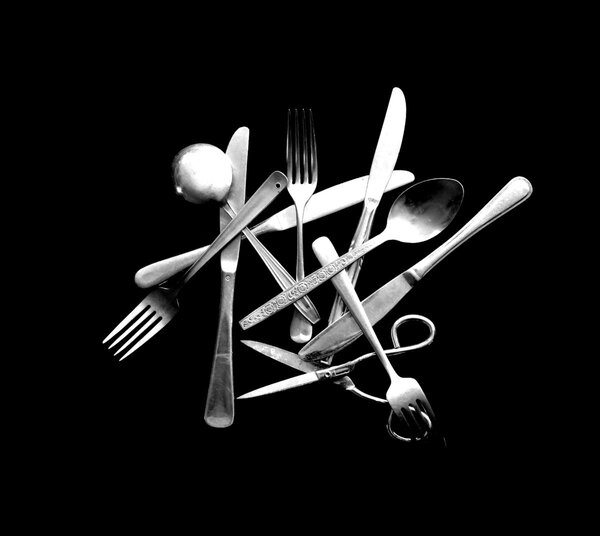 Australian sound artist Tarab last heard around these parts with his An Incomplete Yet Fixed Idea, an album full of chaotic collages. At the time I observed “I suspect Tarab is not one to ignore rubbish or garbage as he dons his field-recording boots and traverses heaps and hillocks with his roving mikes, in fact I expect he positively welcomes it and documents the detritus of our throw-away culture with seriousness and rigour.” Turns out this speculative remark is very apposite to today’s record, Housekeeping (SONIC RUBBISH), which is a complicated sound-jumble derived from household junk. Its subtitle is “careful arrangements of sonic rubbish”. Tarab (i.e. Eamon Sprod of North Coburg in Victoria) freely owns that he is a hoarder, and most likely has a house full of clutter. This endears him to me enormously. For two other instances, I’d mention such luminaries as Captain Maurice Seddon and Mark Vernon, although in Vernon’s case a lot of the equipment and media hoarding does have a specific purpose. In the case of Tarab, he decided to tun his precious stash of junk into an art piece. The objects may have included cutlery and scissors as on the front cover, but these look relatively clean and useful compared with the details of rust, broken-ness, and general discombobulation we can glimpse on the inside cover. Tidy-minded home owners best look away at this point. Yet more horrors could be found at the project website images page.

Tarab first did it as an installation piece in 2017, at the Blindside gallery in Melbourne. His treasured mounds of junk were in situ there, along with a desk, a chair, a room, some loudspeakers and an eight-channel audio set-up, perhaps generating some sort of acousmatic experience from the tin cans, springs, and other objects. The installation might not have been the main goal of his actions; Tarab’s impulse was that he wanted to put the junk to some kind of use, and then throw it away again. It’s as though Blindside was just a station on the way to the recycling centre (or the landfill dump). The junk managed to stay in one place long enough to turn itself into audio art.

The sounds on this CD however are not simply a documentation of that installation. Instead, he’s assembled just about every single piece of audio documentation he could find that was associated with the total effort, including the original sound-generation experiments (and failures, and out-takes – I kid you not), plus recordings of the gallery space before, during and after the installation; an associated performance piece; and recordings of the finished installation work. He even recorded the sounds of the Gallery when it was empty, as an index of how thorough he intends to be when he gets his sonic hoover working. The CD Housekeeping may present fragments from all of the above, edited and re-edited into a jumbled chaotic mess. Junk turned into yet more junk – or to be more precise, devising a way of working that is sympathetic to the source materials. To be even more precise, it could be that Tarab is so attuned to the essence of serendipity that he feels compelled to express that inner “truth” through creating works like this, whose comprehensive sweeping actions manage to contain something of the untidy, fragmented nature of our modern environment – or at least those parts of it which we throw away, overlook and neglect. I’m sure this could all be read as a grand metaphor for something bigger. And even if it can’t, this is a very compelling listen which I enjoyed enormously. Arrived 22 January 2019.