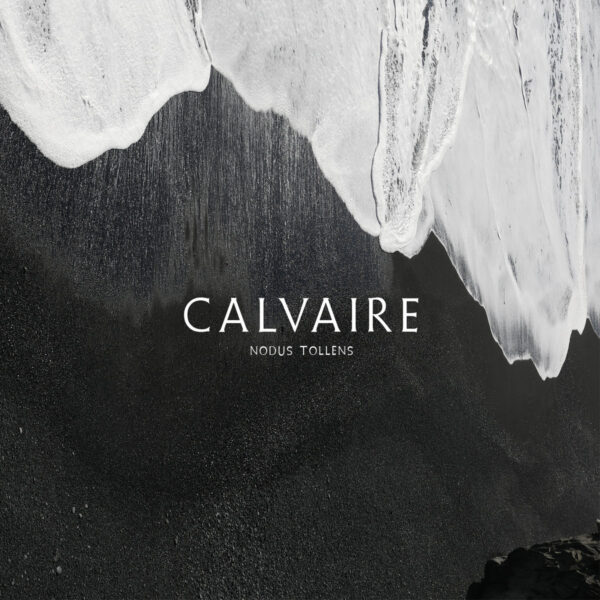 The debut full-length album of Singaporean post-BM band Calvaire, “Nodus Tollens” is an interesting work in its contradictions and ambitions: the album revolves around suicide and a nihilistic attitude towards life and death, yet the music has a radiant, uplifting, even optimistic quality, as though in the midst of absolute nothingness and hopelessness, there is still (paradoxically) a chance of hope as long as awareness exists. The album dares to start off with one of the longest tracks, “Aokigahara”, a reference to the famous Aokigahara “Sea of Trees” forest, aka “Suicide Forest”, because of its popularity as a place to commit suicide, on Mount Fuji in Japan, with the risk that the rest of the album might end up being a footnote to the song. “Aokigahara” is indeed a depressive song, its lyrics sung from the point of view of the earth and soil that will welcome a new permanent resident; if the gravel-throated singing and the lyrics get you down too much, the strumming balalaika-like guitar might cheer you and the bluesy bass riffs and rapid-fire percussion are hypnotic enough to lull you into a doze. The haze that gathers around the song feels quite warm and comforting – maybe a bit too much so, because it could be the warmth and comfort of the soil kissed by rays of sunlight penetrating through the trees of Suicide Forest.

Fittingly for a long song, “Aokigahara” takes listeners on a ride through dark and anguished emotional territories, the music zinging through dream-like tremolo guitar flutter and shimmer, cutting noisy six-string drones, a mix of percussion rhythm patterns and changes in pace and atmosphere. Follow-up track “Lacrimae Rerum” is more straightforward in its delivery: thundering drumming, solid guitar riffs, a more aggressive attitude extending to defiance and anger in later parts of the song. After a short ambient experimental instrumental, the Calvaire guys launch into “The Celestial Dog”, the longest track on the album and confident in its swagger and its warm, almost lush and dreamy sound. Plenty of melodies and riffs abound here but the best part of the song comes near the seventh minute where it enters another shadow world and the instruments and spoken vocals take on a patina of dark radiance. “Open Grave Dialogue” gives more of the same, with passages of lush shoe-gazer guitar-dreaming amid spoken-word quotations on nihilism and what seems to be the vocalist working up the courage to take the next step in self-transformation, and blasts of BM anger and machine-gun drumming.

Final track “Flowers of Fixed Ideas” might just be the most beautiful if not the happiest track of the lot, with darkly sparkling-jewel tremolo guitars, the warm rich edge of the music that contrasts with the raging vocals and the whining noise grind. The lyrics carry an open-ended twist at the end.

Parts of the album, especially in the later tracks, tend to bog down hard in self-inflicted agony and self-pity and meandering music that could have been edited without affecting the songs’ message and the general tone and atmosphere, and Calvaire doesn’t offer anything different from what other post-BM bands have done in subject matter and style of music, this first full-length nevertheless is technically a very competent work. What listeners will take away from the recording is its radiant sound and atmosphere in which beauty and brutality combine into rich and complex, contradictory soundscapes that defy description in ordinary words.

The album is available in a limited edition pressing of 50 cassette copies.