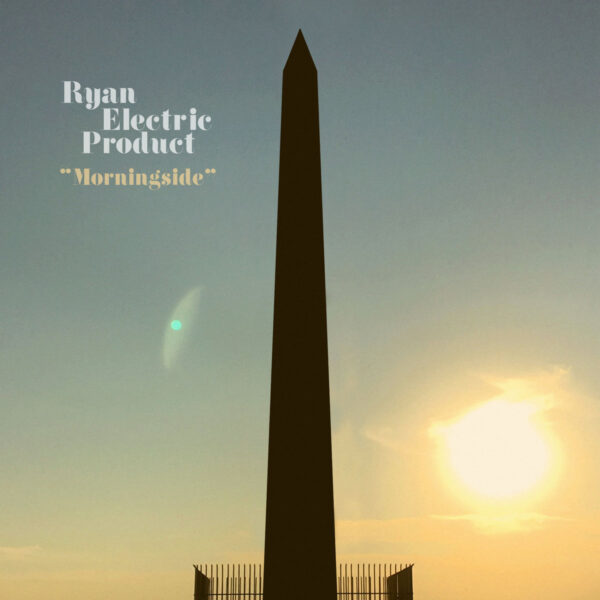 Almost a decade ago, Ryan Reid released an album “Gray Panic” under the name of City Surgical which I reviewed for TSP: this recording was very much in the vein of dark ambient industrial minimalist electronica. I must admit to losing track of what Reid / City Surgical got up to after that but recently I’ve been alerted to this new recording by Ryan Reid’s current project Ryan Electric Product. Less sinister and intimidating in its mood, but perhaps no less ominous in its intention – Reid himself does refer to the music on the album as “death bed listening” so make of that description what you will – “Morningside” has a warm and immersive hypnotic quality with music that ranges from serene and radiant to slightly dark and foreboding. Even at its darkest though, the mood tends to be more ambivalent and could just as easily turn in a more benign direction as it could to a more shadowy path. You are more likely to feel alone, as opposed to being lonely, when the music shifts into a more pessimistic and gloomy mode.

Most tracks are quite short and feature repetitive rhythm and melody loops, tending to suggest states of being rather than a narrative moving from one state to another in a way that insinuates a trend. A few tracks like “South Olive” and “Stone Park” can be very beguiling in their delicacy, even fragility, as they weave melodies of silver fairy-circle dancing. Other tracks like “Green Valley” and “East End”, coming right at the end of the album, retain a slight industrial, or rather post-industrial edge, sketching out images of urban and industrial environments in decline and decay. These, along with an earlier piece “Brides Grave”, are the more pessimistic tracks on the album, featuring sometimes heavy-handed and even harsh droning sound that stretches on forever.

The album definitely describes a downward trajectory in mood and feeling, and depending on your mood, the time of day and the weather and scenery outside your window, you may pretty well feel like staying in bed and not venturing outside at all. While much of the music here is very beautiful and is capable of transporting listeners to far-off worlds of lightness and heavenly grace, after some time of listening through the album it does start to go a bit flat from repetition and maybe too much of a minimalist approach and not enough sonic layering in most tracks. The music might have benefited more if several tracks had been joined to insinuate a world in flux and going in a direction that, once started upon, ends up more or less fixed and irreversible: perhaps a better reflection of the uncertain times we are living in.