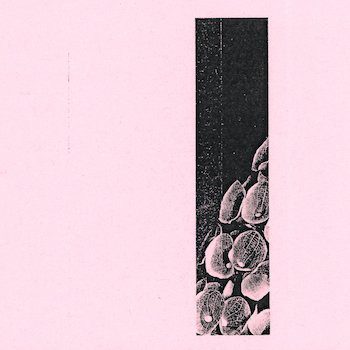 I thought I knew all there was to know about drone music – at least until I heard this album, the debut release by Ambre Antique as far as I can see. Ambre Antique is Cody Lobbestael and Dominic Coppola, two Americans who have been active in other music projects, some solo, some in collaboration with others, for the past few years. AA has been quick to issue a second album “Meltwater in Early Spring” on another label but don’t think this and what I said earlier imply that all Lobbestael and Coppol have had to do is just set up their equipment and instruments, turn on them and let the Autoplay function do the rest. “An Intimate Communion” turns out to be a creature of varied moods and feelings, and a definite sonic narrative does exist.

First up, “The Glass Within” is a very warm and welcoming piece, drawing listeners into a world of fairly slow-moving sonic swirl. “Negative Dawn” has a slightly chilly, dark and worrying atmosphere but the swarm of sound has a deep lush texture that can be quite comforting. There is a power beneath the tones as they swoop close to you as you’re listening. “Close Confidence” is much more cheery and optimistic piece, just as luxuriant in sound with an additional edge to it, and warm light rays definitely emanate from the music in parts. “Diamonds and Veins” closes the album with a grand edifice of layers of warm, atmospheric sound wash, all contributing to an epic and complex work of depth, solemnity and gracious spirituality.

It’s a very relaxing ambient opus that listeners can easily get lost in, borne away gently in a lush dreamworld of golden vibrating sounds. Don’t forget to put up the “Do Not Disturb” sign outside your door if you want to spend hours playing this over and over to prolong this completely immersive experience.