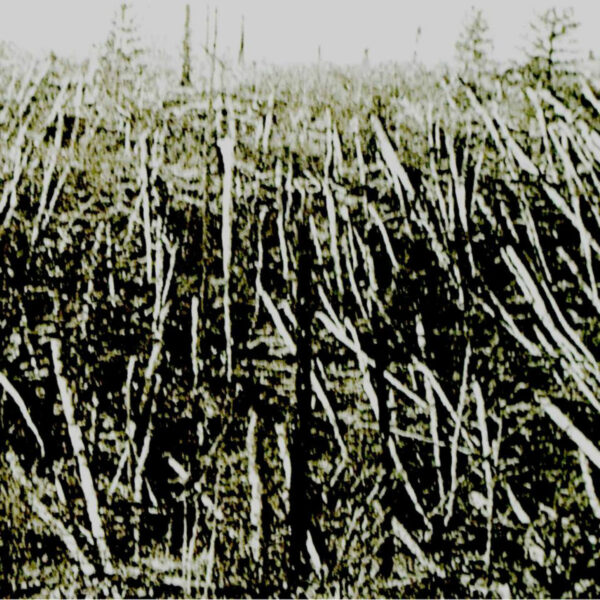 Latest package from the Polish label Gusstaff Records contains two total gems, as unlike each other as granite and rabbits fur … often a pleasure to hear from this small indie label in Zielona Góra, with their unusual experimental electronic records by Paul Wirkus and Mapa, and also the avant-rock escapades such as the record by The Kurws. The LP by Próchno is certainly in the latter genre, and it’s the self-titled debut (GRAM1903) by a trio of players – Marcel Gawinecki, Bartosz Le?niewski and Artur Sofinski. It’s an aggressive, abrasive and punchy slab, music plagued by much self-doubt and internal turmoil. I like it already. For one thing the rather self-effacing press release appealed to me. It suggests the band themselves don’t really know why they formed a band, and are not entirely sure what they’re doing. Anything described as a “remote cooperation” gets my vote. I have this vision of hard-working Poles taking time off from their day jobs to create musical complaints about everything from inequalities in the workplace to the high price of a mug of beer.

Musically, what we have is the usual bass-guitar-drums setup (with occasional synths lurking somewhere in the mire) pounding out great chunks of futility as best they know how, looping around in tight circles, flailing away all the harder at a never-ending task even as they realise there is no end in sight. This means we get a brutal simplicity that is very endearing – a kind of less arty take on the Metabolist thing, and at the same time this music is unlikely to be mistaken for generic bleak-industrial pounding since there’s so much blood and guts beating away within this churning vortex. At the same time, they also declare “no post-rock, no riffs, no singing”, all of which is surprisingly accurate…instead of riffs, we just get a kind of relentless, circular hammering created by all instruments bashing away at the same fencepost like sledgehammers, no single voice taking centre stage. As to “no singing”, there are voices fer sure, but all they do is howl, grunt, and groan like very disaffected bears who have been woken up from a long hibernation. No metal or doom band, with their posey affected growling vocals, came close to this kind of genuine despairing pitch. The grungy, distorted production also adds considerably to the finished package, and while the two short tracks are good, it’s the lengthy 10-minute plods that really deliver the bacon for this listener.

This one ticks a lot of boxes for me personally, and those intrigued may want to look into the other Polish noise-rock bands these guys have previously played in, including Ugory, Z?ota Jesie?, Artyku?y Rolne, and Drah. The record is also available on vinyl from Don’t Sit On My Vinyl (SIT 651). 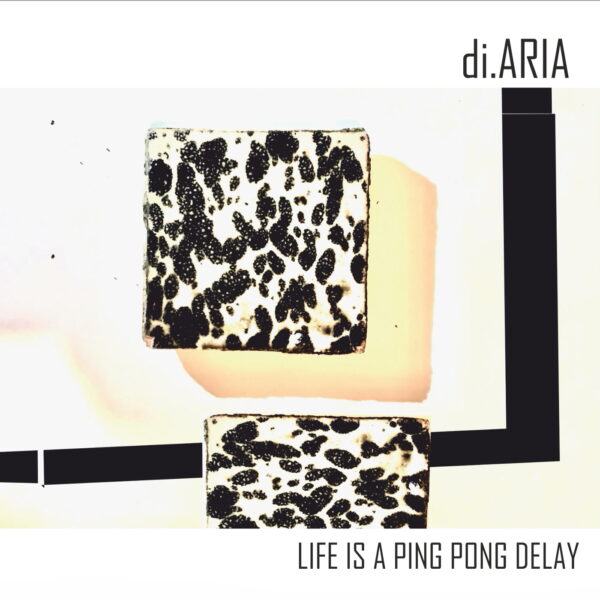 Quite entranced by Life Is A Ping Pong Delay (GUSSTAFF GRAM1904), the fine record by Hania Piosik performing here as di.ARIA. The record may have something to do with the “universal language” theme which keeps cropping up lately (last time was with that unusual LP by Robin Hayward). She has recently discovered the potential of music and psychology and is fired by enthusiasm. As part of her research into this area, she has visited Israel in 2018 and worked with autistic people, and evidently carries around strong ideas about how music can improve communication, along with her belief that “music is a trans-species language”. This has all fed into the Ping Pong Delay record, which makes use of much digital processing along with the expected field recordings and voice elements, the latter being looped and repeated through digital devices.

It’s a commonplace to point out that life is composed of repeating cycles, but I’ve never heard it expressed in quite the way that di.ARIA does it. Her efforts result in music with a compelling, mesmerising pull; on the long track ‘Hi. Frequency’ she does it with a combination of piano, sound effects, electronic whoops and non-disclosed elements and produces something so eerie and intriguing it makes you tilt the head to one side and almost forget to breathe. This fragile construct feels like it could fall apart at any moment, yet persists; and almost paints a picture of infinity, as it gropes intuitively into abstract realms. It’s really quite beautiful. I wish I could find out more about Piosik’s project, but it’s not easily accessible, apart from a festival page where she played live and the organisers breathlessly claim that her music “brings every soul into unforgettable trip, helping you in your inner exploration.”