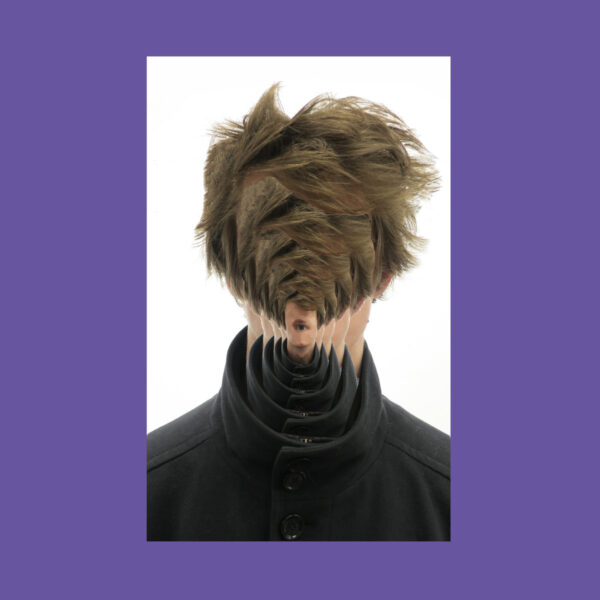 Joni Void (i.e. Jean Cousin) is a French-Canadian electronica solo turn, here today with his solo record Mise En Abyme (CONSTELLATION CST140). On the surface, this is mostly low-key bleeping and unobtrusive beats intercut with wordless vocalising from various female voices, but in fact there’s a bit more depth to it. To begin with, Void is a sampling-plunderphonic type, and assembles his work from what I assume is a meticulous cut-up process rather than simply turning on sequencers and beat-boxes and letting things run their course. While most of the cuts on Mise are relatively short, I’d imagine they represent many hours of toil working with the digital splicer.

If that makes him sound like a film-maker splicing frames of film, this brings us to our second point; he fancies himself as a story-teller. There appears to be some framing device at work that enables him to create, or at least allude to, a fractured narrative form with many layers, a meta-fiction, stories-within-stories. While most of this narrative is rather vague and murky, I’m prepared to give Void the benefit of the doubt; there are probably multiple clues (small and fleeting clues) dotted around these 12 pieces that might enable us to join them up, see them as truncated episodes within the same unfolding larger drama. Which brings us point #3: the drama is a personal one, full of heartbreak, loneliness, and personal emotional turmoil for Jean Cousin. He deliberately sampled the voices of friends for this record, to keep the pain of loneliness at bay, surround himself with audio snapshots of happier times, clinging to them for warmth and comfort. His sense of isolation is so complete that he suffers from something called “body-voice dysmorphia”, and if I understood what that means I might be able to account for this sense of remoteness in the music, the way the voices seem to be disconnected from any sense of humanity, yet still exude some distant sense of compassion and candour.

Those listeners seeking another take on the “hauntology” genre might find this disconnect is exactly what floats their boat. Evidently, the cover image is also intended to reflect something of this psychological state of disaffection and distance; the human being on the cover is so introverted he’s literally disappearing into himself. As part of his personalised, diary-styled approach to the work, Joni Void has also delved into his own earlier past trove of memories – some going as far back as his own childhood – and fetched back additional samples from video games, home movies and telephones, and layered these sounds into the set as well. All of this takes the theme of “personal alienation” to a new high water-mark, mixing it up with aspects of modern technology (especially the Smartphone, which lurks throughout this album like an unwanted revenant) which may lend it extra appeal for our troubled contemporary times.

I found this record rather cloying and even sentimental in places, drifting perilously close to indulging the “snowflake” mentality that has become so worryingly commonplace these days. Even so, there’s much to be said for Joni Void’s lightness of touch in the assembly of these works, and it’s to his credit that he’s making an honest effort to parlay his own emotional truths into his art. From 6th March 2019.