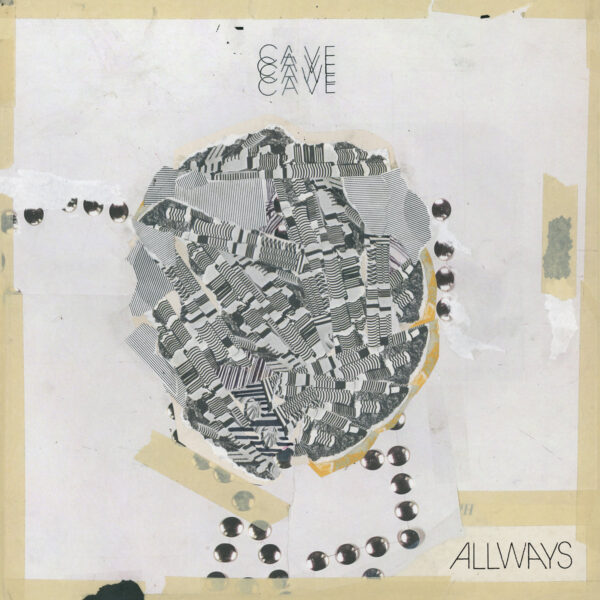 That example of composite titling could be a nod towards the multi-directional aspects of Cave‘s stylistic oeuvre and perhaps the multiple influences that have brought this Chicago-based unit thus far. Name checking period psych, exotica, minimalism, krautrock, punk/new wave, library and world music is a connoisseur’s tick-list as good as any I guess.

Over time though, on collections such as “Neverendless” (2011) and 2013’s “Threace”, those aforementioned influences have been gradually absorbed/mulched into a sound that the band can now seriously stand back and see as their very own. Since forming in Columbia, Missouri, their thirteenth year in the frame has seen the release of their first full-lengther after a five-year sabbatical during which, the band underwent a line-up reshuffle. Their keyboardist-in-residence, hiding under the strange alias of ‘Rotten Milk’ (in reality, one Zach McLuckie) jumped ship and was replaced by the icy cold fingers of Jeremy Freeze on guitar and the multi-instrumentalist skills of Rob Frye (also of Bitchin Bajas). After the insistent seventies t.v. ident-laced themes of “Sana Yago” and the clinically applied dance steps of “The Juan”, it’s clear that it isn’t quite a ‘business as usual’ modus operandi for the band’s new configuration. The meshing of Jeremy F’s six-string with the guitar vocab of Cooper Crain (another Bitchin Baja) fully ignite during the nine minutes plus of “Beaux”. Those clipped, neo-funk elements and higher maths tendencies that held sway over a lion’s share of their input fall away in favour of a more zoned-out/distorted showcase; a extended style redolent of solarized auras and fringed buckskin jackets, brought back into the public domain by the houses of ‘Beyond Beyond is Beyond’ and ‘El Paraiso’.

A gambit mebbe, that might aim to distance themselves from the “Best Neu disciples since Stereolab” strapline (c/o Jim DeRogatis), and would also surely carve out further avenues for exploration. Watch this space?