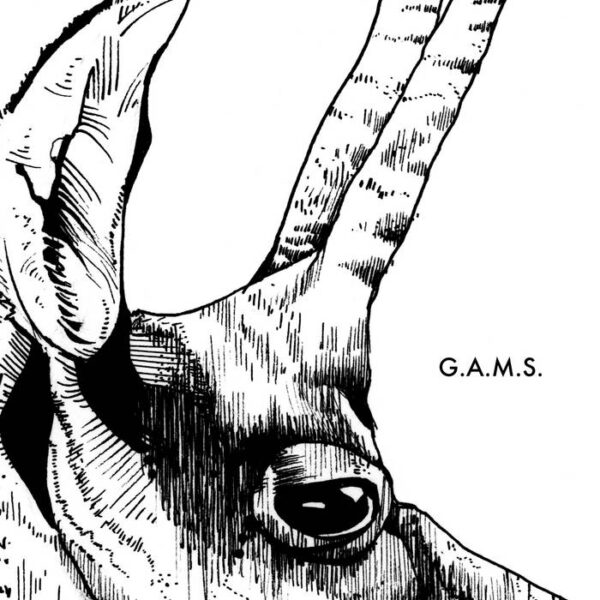 G.A.M.S. is a new duo made up of drummer Andi Stecher and guitarist Guido Mobius, the latter of which is true to the heritage of his surname in creating raw guitar feedback loops with the use of guitar amps, microphone and effects. This feedback is cut up into sound fragments that are then used to create various melody and rhythm combinations powered along by Stecher’s enthusiastic drumming which itself is inspired by Mobius’ feedback drones. The result of this constant exchange, each musician bouncing off the other’s inspiration, is a very raw and edgy flow of droning music distinguished by its exuberance, adventurous nature and distinct polyrhythmic style. Here is music that sounds at once gritty, hard-hitting and sharp yet is layered with often quite subtle effects along with blats of frizzly guitar noise-lite and a fair amount of humour.

All tracks are unlike any other experimental electroacoustic improvised music I’ve heard so far even though the style of music and the range and palette of sounds and effects aren’t very much out of the ordinary. Most tracks are dominated by percussion beats or rhythms and superficially resemble folk musics in countries like Brazil or others whose cultures have long had heavy African influences. The addition of electronic effects or fuzzy guitar feedback does not change this impression much. The production is so clear that in spite of the layers of feedback, percussion and effects, there is plenty of eerie cold space in the music. Indeed, on one track “Flatter”, spacey effects are very active.

The best tracks are actually ones where guest musicians don’t appear: “Economics” is a very memorable track with syncopated percussion rhythms, a constant choir of background found-sound recordings, groaning feedback drones and a frenzied clash of cymbals and stuttery drumwork near the end of the track. “Rumba”, as its name suggests, is a dance track of Latin American-styled rhythms and percussion loops with spasms of burping buzzy guitar drone. The track with singer Yuko Matsuyama is pleasant and easy on the ear with Matsuyama’s girlish vocals seeming a bit lost behind the insistent droning, buzzing and siren calls. A couple of tracks featuring multi-instrumentalist Mick Harris (he of Napalm Death / Painkiller / Scorn fame) aren’t nearly as remarkable as the rest of the album, given Harris’ history as a solo artist and collaborator, but they do have their moments of cacophonous feedback drone, heavy atmospheric mood or playfulness.

Plenty of creativity, joy, humour and revelry in generating sets of unusual and attention-grabbing sounds and rhythms is to be found here. The musicians can afford to be more mischievous and to play more with listeners’ expectations, leaving folks flummoxed, with a more varied style in which apparent genres or their elements can be pushed together, the contrasts and tensions generated serving to initiate even more creativity, zest and the joy of doing something distinctive and unique.