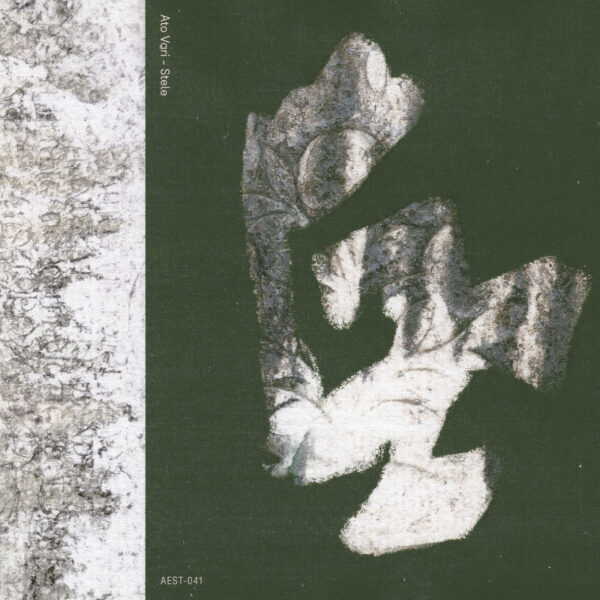 Ato Vari is an abstract ambient project of Mads Gravers Nielsen and “Stele” is its third release with previous albums having been released on other labels (Posh Isolation and Holy Geometry) in 2017 and 2018 respectively. Each side of “Stele” features one long track of slow droning ambient instrumental music lasting just over 18 minutes: clear bell-like tones hover or undulate glacially through what appear to be clouds of mist, soft rain shower or streaming radiation (actually tape hiss) or still cavern-like darkness. This recording would be a perfect Möbius strip of continuous movie-soundtrack drone tone and tape hiss: the movie itself would also be continuous, its characters condemned to repeat a narrative or a plot over and over and over, until such time as one character, due to a glitch in the tape as it wears out over time, breaks out of the loop and begs the listener to kill off the entire recording so that the entire cast can be free – and very dead. (Yes, in case you’re all wondering, that idea is not my own: I saw the Italian sci-fi film “Nirvana” about 20 years ago and that film’s plot concerns a computer game designer, played by French actor Christopher Lambert, who sets out to destroy a computer game he invented before his employer releases it, because a character in the game has achieved self-awareness through a glitch in the game and becomes aware of the constant pain and suffering he must endure through dying over and over whenever and wherever the game is being played.)

The contrast between the clear tones and the hissing of the tape invites and encourages full concentration and immersion: as you listen to the tape, you may find yourself meditating on the differences between between silence and sound, between black and white, between light and dark, between beauty and plainness, perhaps even between life and death. Whenever the tones disappear, or the hiss stops and dark space takes over, you become very aware of the absence of the sound, and absence itself becomes a significant part of the music.

It’s not a recording that will suit all lovers of quiet ambient soundscapes: for all its minimalism, “Stele” does demand a fair amount of patience, concentration and involvement, and the concept does wear thin after repeated hearings so this is one work that you probably should play just now and again when you’re in the right mood for something implacable and which will not yield its secrets readily, but ever so slowly and gradually.