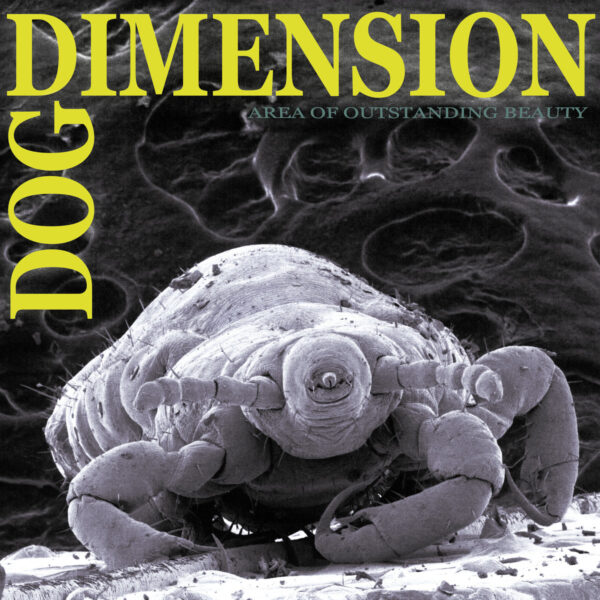 …”Contemporary Alternative Rock Music”…”Moshable”…”Grunge”…”Experimental Funk”…”Primus”… Berlin trio Dog Dimension‘s accompanying promo sheet spills its evil beans to an unsuspecting world. This, their second hatchling of the year, again seeks to reactivate memoirs of a particularly grim time back in late eighties U.S.A., when ‘Funk Metal’ had its fifteen minutes under the spotlight. A sub-genre briefly championed by our music weaklies in their unerring fumbling for the (next) next big thing, with outfits such as Mr. Bungle, the execrable Fishbone, 24-7 Spyz and the aforementioned, gak, Primus filling those welcoming column inches, to the detriment of more deserving causes of course.

Sure, “Area…” is more than competently played and scored, along with the pre-requisite attention to group dynamics, noise aesthetics and the cornerstone,four-string throbbage of Josephine Lukschy. But, for example, on the cyclical urban angst of “Stuck in a Turd” (outright winner of the 2019 ‘Lost in Translation’ award), the script sadly becomes as predictable/hackneyed as the over-used electron micrographics of a head louse-type creature who has taken up residence on the album’s front sleeve.

Would it be so very terrible of me to continue to say “Make my Funk the P Funk?” Thought not!