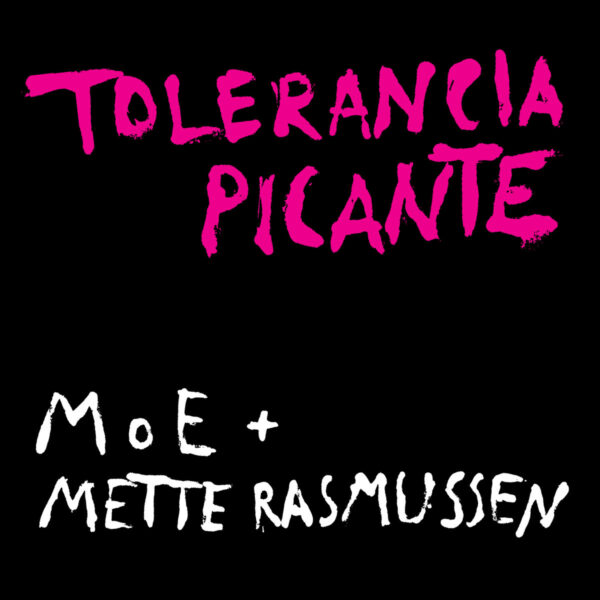 On Tolerancia Picante (CONRAD SOUND CnRd330), we have the team-up between Norwegian rock-noise trio MoE, and the out-there free sax blaster Mette Rasmussen, an energetic Danish lady who has made her home in Trondheim. I feel I should hear more of MoE after sampling a few hot magrashes from this muffaroo. The players Guro Skumsnes Moe, Håvard Skaset, and Joakim Heibø Johansen are using guitar bass and drums in an incredibly messy free-action performance, making liberal use of amplifier hum and feedback, or simply lots of long extended tones that are neither noise nor music. I see they’ve got a formidable catalogue on the Conrad Sound label going back to 2011, so I have a lot of grass-shovelling to mow if I’m to hold up my head in Oslo next year.

It’s good to see enthused youngtops like this continuing to fight on the barricades, by which I mean they want to include elements of free improv and punk rock in their hairified sprawl noise, and the press notes for this particular Picante chili include a lot of blather about “breaking down walls”. Is wall-building still an issue in society? Evidently, it is – and one way to rewire the old ideologies of the walking fossils who continue to bind us to their antiquated ways is through non-stop thrashing, blowing, and hammering such as you find on this jet-steamer. As to Mette’s high-octane screeds, I’m certainly taken with her effusive style and the impolite way she pushes herself to the front of the queue, and it’s unsurprising to learn she’s got her own group called Trio Riot, that she’s appeared on Feeding Tube Records, and that Chris Corsano has drummed for her (who better; few players could keep up with this aggressive puffer in terms of speed and stamina).

Tolerancia Picante is not an especially “enjoyable” listen, but it’s probably not supposed to be – there’s a lot of anger and abrasive surfaces, and the noise occasionally gets turgid and monotonous as the heartfelt humanistic points are hammered home. The spoken word recit parts are spat out by Guro Skumsnes Moe in shrill punky tones, not really sung so much as thrown in the face of the uncaring bourgeoisie, and her hectoring style fits the overall mood of this spiky beast. From 19th March 2019.