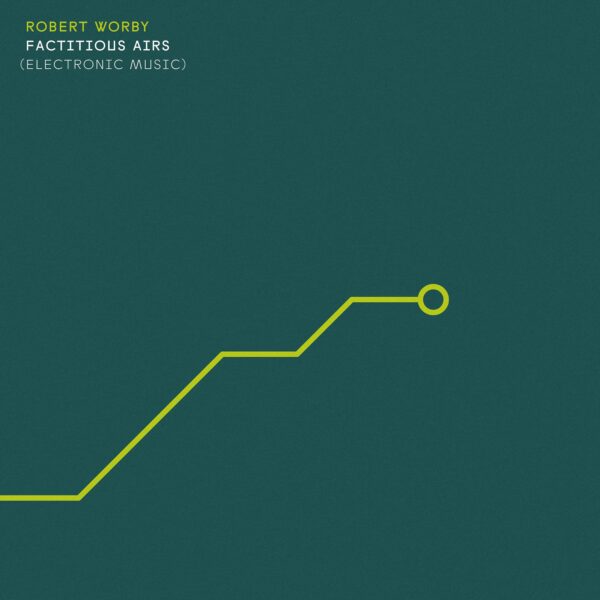 Here is the second release on the new UK label Persistence Of Sound run by Iain Chambers. Robert Worby’s Factitious Airs (Electronic Music) (PS002) is an “instant classic” of 10 miniatures of electronic music produced by Worby working in the mould of 1950s and 1960s electro-acoustic composition as practised in the great studios of Germany and France, yet stamped throughout with his own identity, a sense of “Englishness” in the work, and not slavishly copying the modes of the past in a fetishistic manner. Like Chambers he is a member of Langham Research Centre, whose recent-ish record we found very accomplished and enjoyable, but this wonderful release is very welcome too. Worby has been active for over 50 years and has presented the Radio 3 show Hear And Now.

Where the Chambers LP The Eccentric Press contains recognisable field recordings and documentary sound, Worby has a capacity for something more abstract. I’m assuming this is made by tape manipulation / editing or synthesis, or a combination of the two, but an array of non-natural sounds is what you can expect to hear for the most part, except for those brief snippets where shortwave radio and spoken word leak into the mix. Such sounds! The textures are astonishing, the detail is amazing; not a second goes by without a concrete “event” of timbral contrast or dynamic movement, indicating the hard work and craft which Worby puts into his work. “Obsessive listening” and “close attention to fine detail” is how it’s described in the press note, and the effort pays off. Each and every one of these ten pieces is like a compacted novel in sound, an entire art gallery of paintings; there’s that much information compressed in these amazing magneto-blasts.

There may be an aspect of modernism, especially in the more severe end of 1960s electronic experimentation, that has tended to deny conventional narrative, to refuse story-telling, and to insist on sound for its own sake. I say may be, because I can’t call any examples to mind, although anything from the Viennese or Darmstadt schools or other refuseniks is likely to confirm my suspicion. Worby is the exact opposite; these ten vignettes can not only be “heard” as little stories, mini-cine films, we’re actively encouraged to do so by the annotation. The actions of the movement are expressed in recognisable, concrete terms: “piles of pianos crush about”, or “a drunk at a wild party” are just two among the many vivid descriptions. One tune has a literary (John Milton) inspiration; another references the work of an 18th-century physicist, and thus gave the album its title. One piece is unashamedly romantic in its evocation of a bleak, nocturnal landscape. Worby has no desire at all to alienate listeners through coldness and distance; rather, we’re invited to draw near, enjoy the music, and see how these abstractions connect strongly to the real world.

In all, I’d say this record is a complete triumph, an assured statement of expertly realised work, imaginative and bold in its conception; highly recommended. From 15th April 2019.