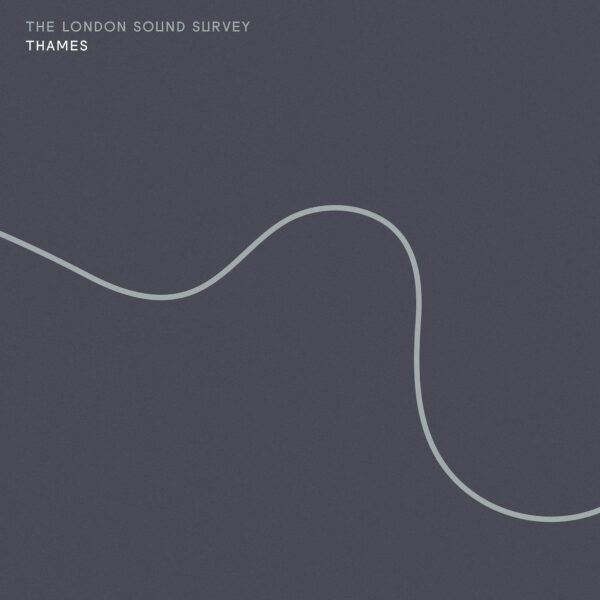 Here is the third release on the new UK label Persistence Of Sound run by Iain Chambers. The London Sound Survey is the name Ian M. Rawes has given to his programme of concentrated effort which he’s been doing since 2008. He documents the sound of London through field recordings. Most of his work is published through his own website, an exemplary piece of curation and presentation, and there was also an LP record released in 2014 by Vittelli Records called These Are The Good Times. Today’s LP Thames (PS003) contains eight instances of his craft, described as “sound interactions along the river Thames”; it’s a sound map of the area, effectively, taking in Tower Bridge to the Albert Basin, by way of wildlife and waterfowl at Allhallows Marshes, the Coryton oil refinery, and Maplin Sands. I’m fairly certain if you drew up an itinerary of these staging-posts, you’d have a walking map that Iain Sinclair would endorse. But London Sound Survey isn’t really a psycho-geographer type, no matter how much one might want to impose that on his work; he’s strictly about the facts. He’s right to say that the rate of change in London is pretty alarming, and it’s almost certain that in just 11 years of work in the field, he has succeeded in capturing sounds and events that have since disappeared; or at any rate, the “things” causing those sounds (people, machines, buildings, animals, environment) have changed or moved on. In spirit, this plan aligns exactly with the European Sounds Of Changes project as highlighted by the work of Iain Chambers.

Every track here is a compacted gem of information, many of them quite concise and a few of them don’t exceed the four-minute mark; I say this since so many entries in the “field recording” genre seem to require lengthy exposition and long durations to make their points understood, as if by editing or elision they might compromise the authenticity of the place or time they are seeking to capture. Rawes somehow pitches it just right; he’s not interested in presenting a dramatic event, gives us enough information to appreciate the audio vista he is framing, and there’s no need to overstate the case by excessive duration. For those who want more “incident” in their phonography listening, you might enjoy the slightly eerie cut ‘Coryton Refinery Siren’; it’s hard to convey the unearthly sensations of this forlorn whoop that punctuates the vista of wind, birdsong, and mechanical droning that might be the refinery itself or passing aircraft. I especially relish the fact that he did it while a world cup match was taking place (no traces of that on the recording at all). I feel we’re miles from anywhere. And this is now a genuinely “lost” sound, since the refinery closed in 2012.

The LP has been organised according to a very clear and simple structure. Four tracks a side; on both sides, the second track is a snapshot of Allhallows Marshes, first during daytime in the summer, then at night in the spring; wildfowl give way to marsh frogs. The Coryton siren at A3 is “answered” by metal flagpoles at B3, with their weighted halyards rattling against the metal uprights in the wind; both tracks contain sound sources which have since disappeared. Framing the whole album are the sounds of Tower Bridge, which appear at A1, B1, and B4 (thus closing the record). Rawes positions his microphone at three distinct locations (the north and south bascule chambers, and lastly inside the machine room), the better to capture the entire “truth” of a single event – the lifting of the bridge. The annotations make all of this sound easy, but you or I wouldn’t know where to begin with making such a comprehensive and sympathetic audio portrait; I’m assuming it entails a good deal of familiarity with the subject matter, a deep knowledge of these specific urban locations, and isn’t simply a matter of rolling up to some place with your digital recorder clutched hopefully in one hand. Perhaps The London Sound Survey ought to be understood as a painter of sorts, and these audio images of the river might prove to be as aesthetically and historically resonant as the mid 19th-century paintings of the Thames by James McNeill Whistler.

While we enjoyed These Are The Good Times, there’s no doubt that Thames is the better LP in terms of its focus, its clarity of thought and execution, and the planning and arrangement behind it. It also sounds absolutely beautiful, and has a rare subtlety and understated charm. The fact that some of these sounds are now vanished forever from the world only adds to the poignancy of this release. From 15th April 2019.