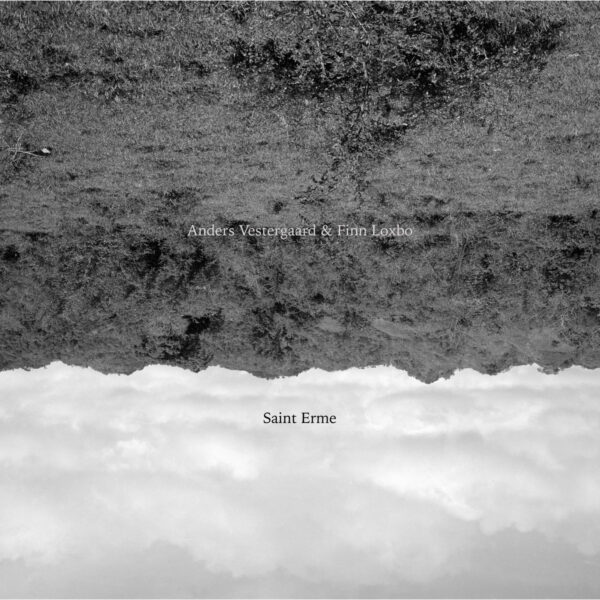 Return of Finn Loxbo (Swedish guitarist) and Anders Vestergaard (Danish percussionist) on Saint Erme (GIKT RECORDS 3); these Scandi-minimo-avians were last heard in 2018 on I’m Fine With The Swirling Colors, a notable example of their “stilted, stuttering, halting” way of playing (as I would describe it). There were only two tracks on that swirler, now with their treatment to Saint Erme (a locale which might be the ancient parish in Cornwall, or a little village in France – actually the latter, where they were lucky enough to do a residency), they’ve got it down to just a single track, allowing us to enjoy 46 minutes of this unique hunt-and-peck approach to pared-down acoustic improv. A commissioned work, performed in Fylinkingen in 2017, Saint Erme is described by the artistes as a “condensed sonic ritual”.

Alongside the close-lipped steel strings of Loxbo’s acoustic, Vestergaard emits a barely audible hiss from feedback and sine waves – one of the things I like most about their highly restricted set-up. You have to really lean in if you want to catch a gasp from his pipe. Vestergaard is even less forthcoming with his drumset, expending a single beat from a tomtom or bass drum like it’s marked currency, and when it does emerge it’s about as rustic and rugged as a found log in the woods. Maybe I’m starting to get the measure of their language, but I’m really digging the internal “rhythm” of this set, even if it’s as slow as an enforced march through the muddy forest in leg irons. I also like the idea that their instruments are used as a “filter for emotional expression”, which suggests an extremely abstemious frame of mind, rather than some emotionally-incontinent soloist who honks too loud or uses too much feedback as they spill out their inner being in messy fashion. Wiry, lean, spare; these two might stand a chance of fighting a Scandinavian vanguard against the massed forces of the Wandelweiser gang. (08/05/2019) 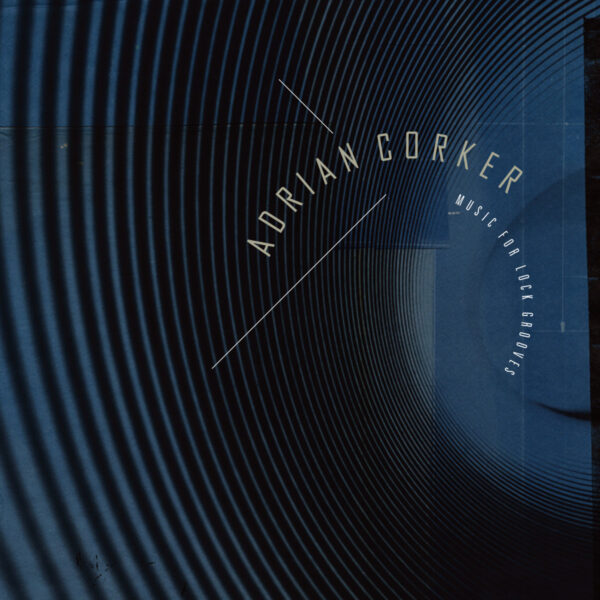 Excellent loop-based record from Adrian Corker on his Music For Lock Grooves (SN5), released as an LP on his own SN Variations label. We heard from Corker on a 2017 record he made with Jack Wylie which likewise made use of looping and echo effects; close, but not quite the Roman Candle of our dreams. With the 2019 model Corker hits the gold top with every dart. He’s assisted by instrumental players Sam Wilson (from Riot Ensemble) and the great violinist Aisha Orazbayeva, and pianist Mark Knoop and vocalist Josephine Stephenson also appear on these six brief experiments. Corker’s master-stroke has been to work with acetates, effectively a lathe-cut record often used in the studio as a transitional stage between master tape and finished record. The Beatles often took home acetates so they could gauge how work-in-progress was getting along; these discs were really single-use items and never intended to withstand more than a few plays.

Corker exploits this fragility in his favour, and the acetates – cut for him by the technician Graeme Durham – introduce unpredictable effects to his musical looped statements, including unexpected layers of white noise. In some cases the needle itself assists in the degenerative process, carving the surface of the vinyl. Corker likens this to certain distorting printing effects in the visual arts, such as those found in screenprinting and etching, which have been successfully exploited by skilled printmakers. The result is a joy; 20 minutes of juicy, analogue-based sounds and music, practically exploding like a miniature abstract-expressionist painting right there on your deck. It might not be the ideal showcase for the music of Wilson, Orazbayeva or Knoop, but neither are their contributions totally obliterated in an empty process-based exercise. While computers have played a part in the production chain, these analogue splurgers retain every atom of their spontaneous creation. I’d love to get my claws around a vinyl edition of this! (08/05/2019)