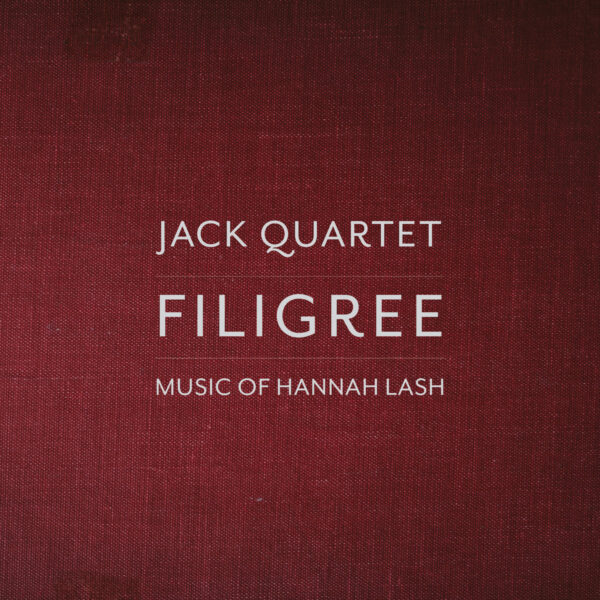 The music of American composer of Hannah Lash is showcased on Filigree (NEW FOCUS RECORDINGS fcr228), where it’s played by the JACK quartet and recorded by Ryan Streber. Of the four pieces on offer, I only really enjoyed ‘Pulse-Space’, nine minutes of urgent sawing and highly mixed atonal chords producing an airless gasper of anxiety music. I like the strong internal rhythm of this one, the way the surface is so densely-knit that it doesn’t give you a chance to blink an eyelid, and the sharp tension is sustained for several agonising moments. The team of players – Christopher Otto, Ari Streisfeld, John Pickford Richards and Kevin McFarland – really throw themselves into this one, as though they had a personal stake in the psycho-drama being played out by these Bernard Herrmann-styled strings.

I imagined ‘Pulse-Space’ to be inspired by personal tragedy, or a need to express the pain of the human condition, or allude to global disasters; yet according to the notes, ‘Pulse-Space’ is almost entirely content-free, and is largely to do with a process – “beatings between closely spaced pitches within cluster-chords”, a phenomenon which is hard enough to think about, let alone to execute, but it indicates Lash has a strong understanding of the “truth” of musical instruments and how they operate in the chamber. I didn’t get on so well with the rest of the record, although Lash joins the quartet for ‘Filigree in Textile’ to play her harp, and delivers some quite surprising and dynamic effects thereby. From 17 June 2019.