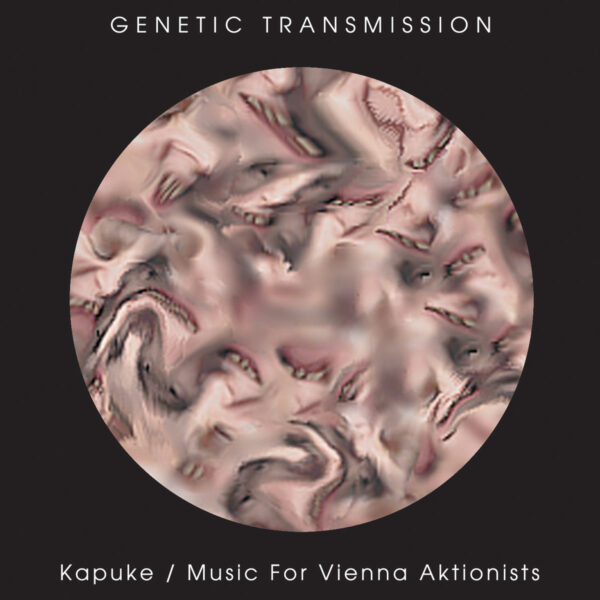 Here is the sixth instalment of the GT Archive series from Zoharum, continuing their plan to make available works from the back catalogue of Genetic Transmission, a project which began in 2017 with the re-release of his first solo work from 1997. If nothing else, this label are persistent about their scheme to restore the name of Tomasz Twardawa to its rightful position in the “industrial music” canon, if that is indeed the correct genre for his work.

After hearing the first part of today’s offering (ZOHARUM ZOHAR 170-2), I grow less sure than ever. Titled Kapuke, it’s some 24 minutes of mayhem originally credited to Twardawa and Janowski, and self-released as a mini-CDR in 2003. It’s a grotesque sound assemblage, boiled down from a set of three improvised sessions, and featuring mostly voice and prepared piano sounds. A woman named Barbara also features as the lead vocal. The impression I have so far is music that is bleak, wretched, and futile; to put it plainly, the three voices sound like they’re lost in Hell, blind damned souls howling to themselves – not expressing everlasting agony so much as desperation and boredom. The unnatural musical and non-musical sounds (lots of tape mangling and varispeed) are precisely calculated to add to this sense of claustrophobia and meaninglessness. In short, here’s a slice from your worst nightmares; no natural light, no chance of escape. Despite all this, I kind of prefer this Kapuke to many of GT’s more relentless factory-inspired industrial pieces; it’s odd, unsettling, a form of “art” music. As to the two collaborators, I find that neither Piotr Jankowski, nor Barbara, made any other records before or since, a fact which only adds to my sense of mystery and confusion.

With the second half of this release, Music For Vienna Aktionists, we’re on slightly more familiar ground, as Tomasz Twardawa grinds out seven cuts of remorseless industrial electronic noise and tape manipulation (though this is only a guess). With the last reissue, we learned that GT had discovered computers in 2002, although these 2004 recordings seem to me much more a return to the old-school hands-on methods involving much amplification and brutal feedback. I’m prepared to be corrected on any of these guesses. The music this time is explicitly intended as soundtracks to the documentary films made by Kurt Kren in 1964 and 1965, when he filmed certain performance art pieces of the notorious Vienna Aktionists. The selection mostly favours the work of Otto Muehl, who was I gather one of the more extreme members of this very extreme group, although Gunter Brus is also noted. If you bought the original CDR in 2004 on the label Die Schone Blumen Music Werk, you could have enjoyed the movies as data encoded on the disk; if so inclined, you can see them today on Ubu.com.

I’m not a huge fan of the Aktionists, and the films are certainly not for the squeamish, but I respect their devotion (some might call it fanatical) to pursuing personal liberty and emancipation on every front. Also it’s about time we heard more about Otto Muehl instead of the one who usually hogs all the limelight; I mean Hermann Nitsch, whose excessive and bloodthirsty escapades went on for long durations and have been documented (aurally at least) on bulky CD sets from Cortical Foundation. As to these recordings, GT comes very close to matching the Kurt Kren films, which have been noted for their radical energy and kinetic editing style (as well as the extreme subject matter) with this bizarre experimental music, and it feels both constricting and nauseating to listen to – exactly the same sensations I have when faced with a movie of a Muehl action. Further, the music fits well with the Kapuke set for some reason, making this whole album an essential slab of post-modern alienation and doom-infested angst. From 2nd August 2019.