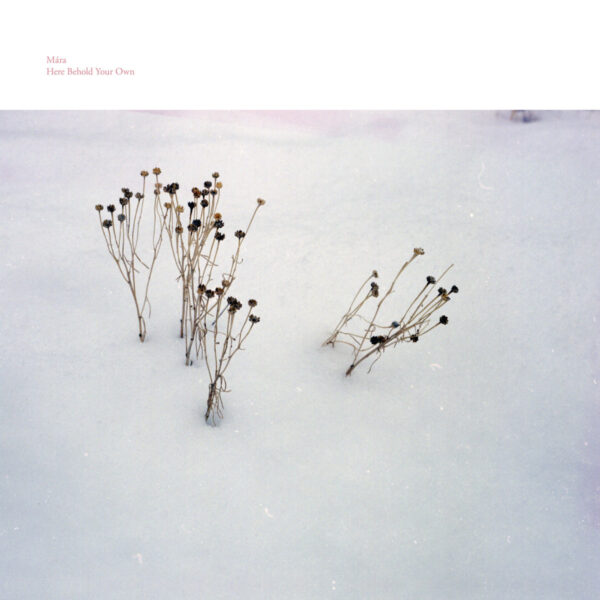 Here Behold Your Own (SIGE RECORDS SIGE 068) is an instrumental and vocal record by Mára, the stage name of Faith Coloccia (from Mammifer). Mostly treated keyboards, treated vocals, and a fair bit of echo are what we hear, the studio technique often extending simple notes and simple melodies into some other-worldly zone. While this seemed a bit twee and tasteful at first, it is a highly personal record and she’s drawing from a life-changing experience. This fuels the music, makes it real, and gives it substance – which might seem a contradiction in terms when hearing something so ethereal and dreamy. Emotional, compassionate without being too sentimental. (12/08/2019) Was a bit underwhelmed by Ale Hop’s Apophenia (BUH RECORDS BR127) at first, but now these delicate assemblies of samples, electronic washes and electric guitar filigree work are beginning to coalesce. Based in Berlin just now, Ale Hop is from Peru, and uses her own video and audio recordings of that country as the basis for much of her current work. Indeed, her explicit aim is to present “possible and reimagined South American geographies” with these eight tracks of abstract sound. What I first mistook for a certain tentativeness in the work is more likely to be part of her exploratory way of working, sketching in outlines and making imaginative guesses. She’s also fascinated by the possibility of the audience hearing things that aren’t really there; the album title refers to this well-known human phenomenon of mistaken perceptions (seeing shapes in the fire). Impressionistic, fuzzy, but charming; one of Ale Hop’s strengths is that her work tends to resist facile pigeon-holing. (August 2019) Don’t seem to have heard from American musician Daniel Menche since his 2013 album Marriage Of Metals, which he made for Editions Mego. He’s here today with Melting Gravity (SIGE RECORDS SIGE 066), an ambitious two-parter of long-form metallic-tasting drones which he realised using synths, oscillators, and resonating stringed instruments. It’s intended as a metaphor on the human condition; if our natural bent is to soar like an eagle, then gravity is the enemy, tying us down to pragmatic things like the laws of physical science. Menche proposes to “melt” those laws, one of them at any rate, so that we may all rise like Icarus ascending. Evidently he means to do it by sheer persistence; these two 20-minute suites may not vary much on the surface, but they certainly do generate a massive unresolved tension in the mind. We keep waiting for this vague chord shape to modulate, and it never does. A bit wearisome; I’m personally more keen on Menche’s earlier noise-based work, and find these attempts at contemporary classical composition seem to expose his limitations. Even so, the unwavering textures here are deep, rich, and packed with micro-incident. (12/08/2019)