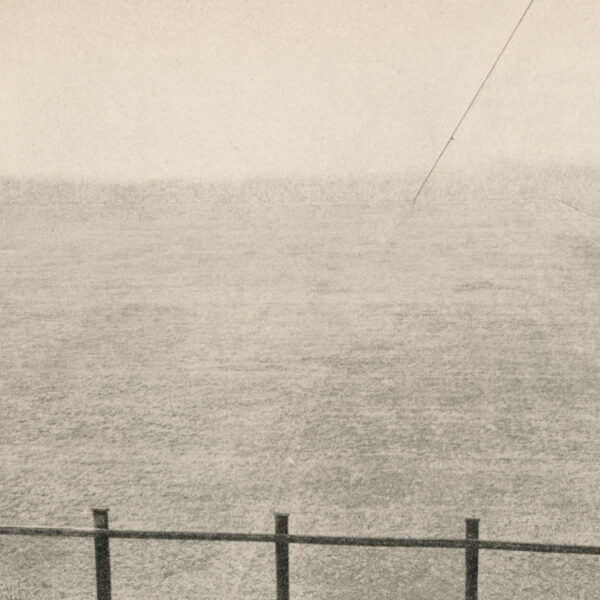 Fredrik Rasten is the Norwegian guitarist who gave us his Six Moving Guitars set not long ago, a semi-composed piece which involved players moving their bodies around the room with guitars in it, resulting in a slow set of music about which I’m still undecided. Rasten also strummed with Oker, a Norwegian four-piece who work hard to elude conventional categories of jazz and free improvisation. Rasten is here today playing with Jon Heilbron, and the duo call themselves arches for the album with all your mysteries in the open air (INEXHAUSTIBLE EDITIONS ie-019).

Heilbron is an Australian maestro who usually plays the double bass, but did a long-form drone thing with chord organs for the Russian label Intonema which we noted in early 2019. Today’s offering was all done with acoustic guitar, sometimes played with e-bows by Rasten, and the double bass of Heilbron, and it’s a slow deep and rich droneroo. If the two players share any common ground, it’s that they both declare themselves as very active listeners – meaning I suppose they pay close attention to what the other fellow is doing, but also to the sounds all around them. There may also be an interest in simply exploring tones, long forms, and seeing where the activity leads. Should you wish to join them in this journey of discovery, you won’t feel left out; the recordings, done by Adam Asnan, is so up-close and personal that it’s like being face to face with a giant bear, intent of giving you a hug to last you all winter. A listener could drown in these deep pools of sonic richness, if they weren’t so limpid and crystalline, like a lake that’s gradually being filled with sachets of pink powdered gelatin.

To further direct you into the right frame of mind, the cover art features serene photos of the ocean, but far from being picture-postcards you might want to send home from your relaxing sea cruise, these are art photographs which emphasise the texture of the waves and the subdued light that falls on that marine blanket of nervous cotton. I can see I was a bit withering in my assessment of Rasten’s earlier piece, but this one is somehow more gripping, even if it is very slow-moving; somehow they must be hitting the right notes, creating the right vibrations in the air. Unresolved non-chords create a state of perpetual expectation, but there’s also a lot of sentiment and emotion buried in these austere notes, and when you get the right combination of harmonic astringency, it’s tremendously affecting. This particular label has a very high success rate; not sure if we’ve ever heard a single disappointing release from them. From 14th August 2019. 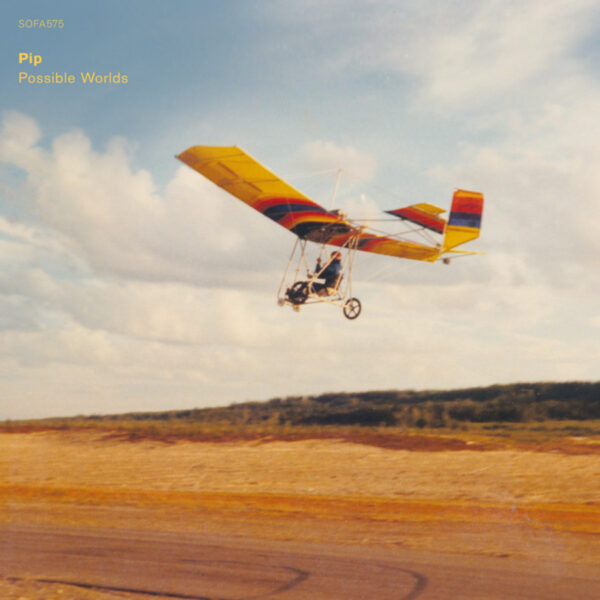 Fredrik Rasten again this time performing with Torstein Lavik Larsen on Possible Worlds (SOFA MUSIC SOFA575), the duo performing as Pip. This is another long-form piece – a single work which weighs in at 1:00:06 – and opts for the slow-moving gently-changing mode which is what I am beginning to associate with the music of Rasten. He plays a number of guitars, plus electronics, plus percussion – while Torstein is here on trumpet, sampler, and synth. I will say up front it’s to their credit that they did this all live and in one single take. There may have been some trimming and editing, but emphatically no overdubs, meaning no animals were harmed during the making of Possible Worlds. No mean feat to sustain this level of intensity for as long as they do, but there’s also a great deal of restraint in the unforced, unhurried playing; the richness, and the power, seems to come from a number of elements, perhaps the strong recording quality (very vivid, sharp, present), perhaps the sheer duration, perhaps the unbroken tones of their droning instruments.

As with the above CD, there are also very good combinations of musical notes – one cannot quite call these gaseous and rather tentative forms “chords” – which induce a vague nostalgic emotion as they proceed. One might also want to note the use of repetition, which is likewise done in a pleasingly vague and inconsistent manner; rather than the strictly-notated and controlled mechanics of your basic Glass or Reich compositions, it feels more like Pip are finding their way to repeated phrases, and variations of them, by sheer instinct – letting them land when they feel the time is right. That feels to me like real tightrope-walking without a net, but this bold duo manage to exceed all expectations with this recording. However, it’s not all guesswork; there is a musical structure, albeit one based on improvisation, and a method that has been derived from an understanding of Dhrupad, a Hindustani classical music form; plus there’s an interest in just intonation, mostly evident in the tuning of the guitars, but also in Larsen’s trumpet playing.

Lastly, one should also appreciate the beautiful, lustrous surface of it all; despite minimal instrumentation, minimal playing, and minimal arrangements, what results is as rich as an orchestra. The press notes invoke the work of Fripp and Eno, and Terry Riley; but I might want to add Alice Coltrane to that list. Not just the Indian music influence, but Rasten evokes the sound of a harp with his artistic strums. Very good. (08/2019)