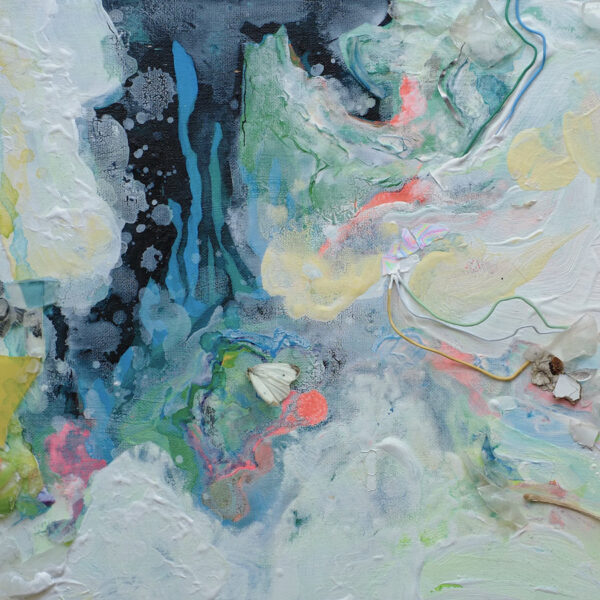 Two new releases from the small but beautiful Canadian label Mystery & Wonder Records, which arrived 23rd August 2019. Both are very small editions and both have elegant hand-made covers, as usual.

On Touri Michi (MW007), Rippleganger are an improvising combo made up of Maya Kuroki and Rainer Wiens. Wiens is a notable figure in the Canada music landscape and has had records released on the Ambiances Magnetiques label, home to free improvisation and electro-acoustic music. I’m interested to see he’s recorded with Malcolm Goldstein, an American maverick whose violin work is pretty damn intense. Wiens is playing his prepared guitar on this record, but also a kalimba tuned to his own musical scale; already getting the feeling he’s not a great fan of so-called “natural” temperament, which may account for why his work on this charming record is like a more accessible version of Harry Partch. Wiens met the Japanese vocalist Maya a few years ago and they struck up a musical partnership as quickly as prawns in mayonnaise. Actually Kuroki comes to us more from a background of theatre and visual arts – that’s one of her paintings on the cover – and using one’s imagination, it’s not hard to see her body moving buoyantly about the stage as she delivers herself of these highly unusual vocal extemporisations.

While ‘Sanpo’ is a good opening gambit, kind of like Philip Corner style prepared Gamelan laying down a porous but structured framework for Maya Kuroki’s alien yawps, you need to click on to ‘Wasure-Mono’ for the heavy-duty weird stuff. Wien’s prepared guitar here dredges the depths of the bizarro-ocean on planet Jupiter, while the eerie vocal waftings from the Eastern side are simply astonishing. Unpredictable music which at times seems it might fall apart at any moment; that’s the edgy riskiness I enjoy. What I enjoy about this kind of rich cross-cultural melting point is that we’re finally getting free improvisation that owes virtually nothing to jazz (although Wiens does have that jazz strain in his DNA). At their best, Rippleganger are coming from a place of their own finding. So glad to have received this rare gem. 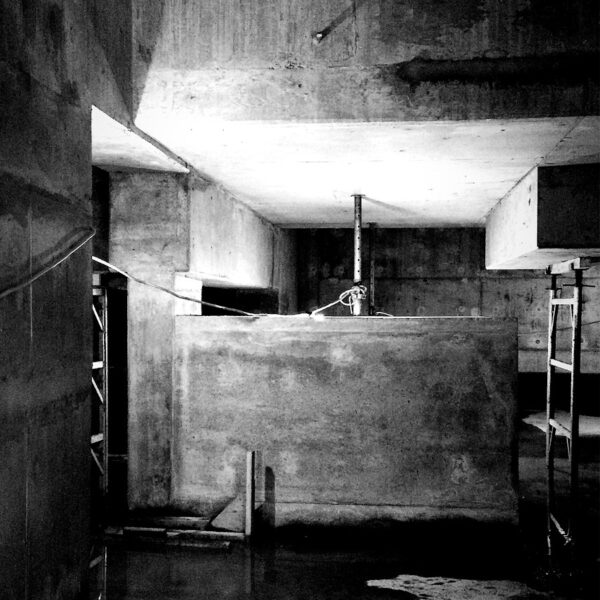 By way of contrast. the record by Brandon Auger – When Sails Fold (MW006) – is a solo work resulting from a combination of minimal sine-wave oscillations, and the interiors of desolate buildings. At any rate, I personally get the impression they are desolate – the press notes speak of “remote concrete structures on building sites”, and that’s enough for me to assume he’s a midnight skulker sneaking into half-completed constructions dressed in a black boiler suit, or scaling the fences to clamber into deserted factory warehouses, to conduct his dark minimal experiments. When Sails Fold more than lives up to all this promise – ten short recordings on a record that’s only 22 mins in duration, yet delivers a chilling cold-wave analogue blast from a post-industrial urban wasteland.

It would be too convenient to say there’s lots of echo from these stony walls, but in fact this is kept to a minimum, and Auger seems very adept at locating and representing the real nature of these grey, silent monsters with great precision and discrimination. It’s legitimate to consider this a field-recording documentary type record, as much as it is a set of stark musical forms. Auger also did the cover photo which I hope is a visual record of one of his set-ups – if not, I’ll take out a lease on a warehouse in Deptford immediately. For some reason the entire record appears to be in black and white, and happening at night.

While there’s no shortage of sound artists these days trying to engage with buildings in one way or another, and make capital out of industrial waste or pollution (Tarab and his sonic rubbish is a prime example), I’ve never heard such an enigmatic and shrewd take on the genre as this austere, spartan record. With liner notes by Toshimaru Nakamura, this one can’t miss!