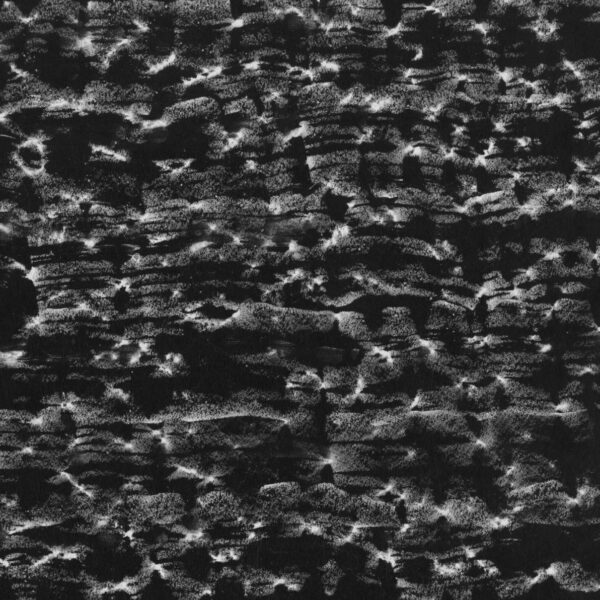 The trio Lawaai are certainly aiming to take the genre of restrained minimalist jazz to a new level, if indeed one can apply such genre terms to their music at all…I mention this because they are adopting a fairly severe anti-pigeonholing stance in their press, about which more later. The players are based in Copenhagen, but originally come from a smattering of European countries – drummer Jeppe Høi Justesen is Danish, bassist Stan Callewaert is Belgian, while the pianist Kamil Piotrowicz is Polish. Matter of fact his Kamil Piotrowicz Sextet is also represented on Howard Records, who put out the Lawaai LP Densities, Forces, Intensities (HOWARD RECORDS HR02). As titles go, those are pretty strong words to be using to convey your meaning, but the music isn’t especially “dense” or “forceful” in the conventional sense. Well, one might say that an average Merzbow CD is “forceful”, or that the compositions of Xenakis are “dense”, but the music of Lawaai is austere, slow-moving, porous, with many poignant pauses and near-silences. Yet the trio do manage to generate a certain intensity from all this greyness and ambiguity. It might have something to do with persistence, or with the extremely stark way in which they play and perform.

On side one, the 20-minute ‘Densities’ contains moments where a piano note is like the shot from a pistol, a bullet made of plexiglass; and the drummer manages to create bass drones that are both percussive and slightly menacing. The trend seems to be about letting each musical gesture and statement really stand out, like a cut-out, torn away from its background. Indeed if we were watching a shadow-play with puppets instead of listening to a jazz LP, the lighting would be so high-contrast that you’d need to wear sunglasses. The deep shadows here are so black they can make you sick.

Reading the terse press note online, we learn that Lawaai create their music from “visual, architectonic and textural input”, which seems to be a clever way of saying that they look at things, read books, and make observations about buildings, much like most people. They turn their experience into musical episodes, though, and that’s what we hear documented on these recordings made in a single day in Warsaw at the Polish Radio Studios. On the relatively brief ‘Forces’, we hear scraping bass and metallic percussion alongside some more fulsome and generous piano trills, such that we might almost be hearing AMM when John Tilbury is in an expansive mood. My personal favourite is the closing cut ‘Intensities’, where the players manage to execute more of a rise-and-fall structure (even if they don’t intend to); the required “intensity” comes from the tension of this trajectory, which gradually builds up to a release – in a very understated manner that is. Once again the sheer daring of the minimalism here is staggering – Kamil Piotrowicz puts down notes as if they were at a premium, and he’s expecting to pay a customs tax on every black note he touches. I also love the way Justesen doesn’t do more than suggest the merest outline of a pulsebeat, yet still keeps the music propelled along its murky and uncertain highway (a path shrouded in twilight). Meanwhile bassist Callewaert is making his instrument talk rather than sing, emitting murmurs, grumbles and groans; it almost allows the listener to enter a conversation with the music, engaging with a speaking voice.

Lawaai appear to be fed up with the restrictions of genre convention. Their name is a Dutch word which can be translated as “noise”. They regard this as “a statement against the systematic categorization of sound into noise and music”, a challenging stance which one would love to discuss further with them, but on the strength of this impressive debut one might say they’ve earned the right to get tough. Now I’m intrigued enough to start looking for their untitled tour cassette (100 copies only) which preceded this in 2018. I also like the promo photograph that shows them standing in a grey landscape as though they’re extras in a gloomy Czech movie from 1962. This, from 28 August 2019.