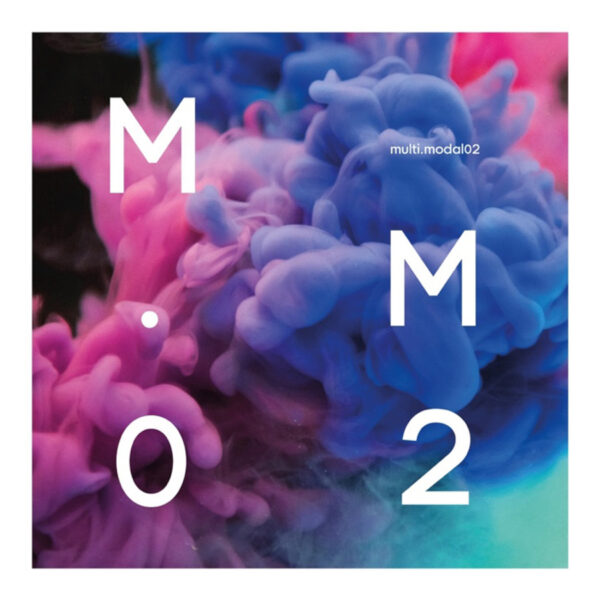 Boundaries (MULTI-MODAL MM02) is sort of a split LP showcasing aspects of new music. The label multi-modal are based in London and the curators, Claudia Molitor and Tullis Rennie, have notions of dissolving these boundaries, the barriers they perceive that make us all too quick to categorise music as free improvisation, composition, or field recordings. This item is the second release on the label. Side A completely baffled me at first spin, but on today’s play it not only hit the spot but released soft rains from the bounty of Jupiter, or something along those lines.

The piece ‘Boundary Music’ is interpreted by two players, first the estimable David Toop and then Jan Hendrickse, an all-rounder (sound art, improv, composition) who’s at the Guildhall just now. ‘Boundary Music’ was written by Chieko Shiomi in 1963, and it’s a simple text score of no more than a few lines of instruction. I’ve never heard of this prodigy Chieko Shiomi before, which does me no credit; she was part of Group Ongaku in Tokyo (along with Yasunao Tone) and came to New York City in 1964, where for a time she was associated with George Maciunas and the Fluxus thing; some of her compositions performed there were pretty strong on the “audience participation” aspect, which I think was common to much Fluxus-related stuff; it required a collaborative element to complete the work in some respects. However, ‘Boundary Music’ isn’t of that strain, and appears to have something to do with extremely quiet sounds (which may be why David Toop got interested in this project).

The score also contains instructions that are so open-ended, almost philosophical in nature, that it’s hard to know where to find a way in. Hard for me at any rate, but both Toop and Hendrickse turn in something – I’m hesitant to call it a “performance” in the conventional sense – that is both charming and emotionally moving, yet remains true to the very exploratory aspect which I assume is Shiomi’s guiding principle. No description can do justice to either of these nine-minute recordings, but on Toop’s take we seem to hear very distant songs sourced from impossibly rare 78rpm recordings from the Orient, played back extremely quietly. Or maybe, which is much more likely, the sounds are beamed across the time barrier by sheer mental effort alone. It’s about as close to “nothing” that one has heard from Toop, and that’s saying something given his abiding interest in ultra-minimalism for the last 15 or 20 years. As to Hendrickse, his version is slightly more conventional and slightly more eventful, with sounds not unlike what I’ve heard from Rhodri Davies when he twangs the aerial (or whatever it is) protruding from his electric harp. Tiny echoing sounds ensue, vaguely metallic in flavour. Other small sounds emerge from the fingers of Jan Hendrickse in this very open-plan realisation.

Of course it’s striking how one simple text instruction has resulted in two very different interpretations here. Seems to be a lot of mileage in those few lines of text. Both pieces seem like symphonies from inside a doll’s house, with a tiny tea service made of porcelain. I’m still trying to figure out the “boundary condition” element that’s embedded in Shimoi’s score; the music here seems to have no boundaries, and suggests endless possibilities. Will do you a ton of good to enter this virtual space and walk around a bit.

That’s the A side. Flip it over to hear two performances of compositions by Cath Roberts, ‘Off-World’ and ‘March of the Egos’, both performed by CUEE – the City University of London Experimental Ensemble. Based in London, Cath plays the saxophone and composes, is part of the bands Sloth Racket, LUME, and Ripsaw Catfish, and has been active since 2011 if not earlier. I think the score for one of these pieces is what we see printed on the insert to this LP; it’s busy. There are bubbles, squares and shapes all joined together by arrows, and inside the shapes are printed text instructions, musical notes not attached to a stave, and abstract doodles and squiggles.

While this approach may lack the direct simplicity of the Shimoi score, it’s still feels very open-ended to a non-musician like me, and I’m certain that given the right amount of prompting and verbal direction from Cath Roberts, one could be reading this flowchart from Planet X as surely as a page from the Evening Standard. As to the music, it’s kind of like diagrammatic big-band jazz, a sketchy version of what the Sun Ra Arkestra would sound like if Sonny Blount forgot about his Fletcher Henderson roots and led the players down an even more experimental path. I like the way the music is determined to stay away from conventional linear development (if indeed that is the intention) and remains resolutely unpredictable, even if this results feels slightly contrived at times.

Some listeners may prefer the lively and sparky Cath Roberts side to the cryptical and stark Shimoi side, but the whole LP works very well. If there’s any overlap or common ground between the two, it might be that Cath Roberts pushes at the “boundaries” by breaking down the conventions of musical notation and allowing a great deal of leeway in interpretation in her scores. From 3 May 2019.