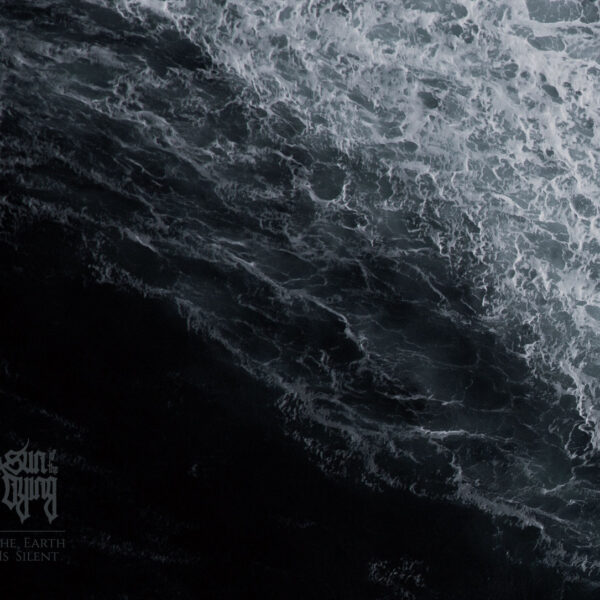 It starts off very quietly in a dark mournful mood, as an orchestral introduction to what perhaps might be a movie adaptation of a novel by one of the Bronte sisters – brooding, melancholy, yet a little hopeful and giving a hint of the drama that lies within – and before you know it, the recording’s full majesty as an atmospheric and epic death / doom metal album erupts in its first proper track “A Dying Light”, the intro title track being but a mere ambient instrumental to this song. Yes, at last death / doom metal comes into its own as a serious genre in its own right, mustering and mastering deep emotion (sorrow and grief in particular) and stately dignity. For all that though, with the power this style can gather, there is the danger of the recording taking itself too seriously, with all the pomposity and arrogance this can imply; fortunately the six-piece Spanish band Sun of the Dying does not fall into that trap, preferring to mix the orchestral synthesiser-generated grandeur with sharp death metal and deep guttural vocals in equal amounts, and to write moderately long songs (the longest falling just short of nine minutes in length) on subject matter such as despair, suicide, the end of hope and love, and ultimately the end of life on Earth itself.

The music can be very ponderous and sometimes I wish those synths would just go away as their sound can actually be too warm for music this morose and doomy. Rockpop-friendly riffs and melodies are few and far between but in their stead is music, both metal and non-metal, that is highly atmospheric and very emotionally intense. The vocals are a mix of gravelly DM growl and clean-toned crooning that sometimes goes operatic; for the first time perhaps, I actually find the DM growling preferable to the not-too-remarkable clean singing. Each track is a small work of art in itself, starting small and escalating suddenly to a huge multi-layered work, with percussion, guitars, bass and background orchestral synths combining their respectively powers into an expressive synergistic whole.

The album can be heard as a whole – though for some listeners this may be a test in endurance – or as a set of self-contained tracks that can be heard on their own, even though they are related in a general way through their lyrics, all of which express a loss of hope, love and life at both a personal level and on a more abstract plane. While the music is not especially original in its sound, which could actually be a lot more raw and emotional if the musicians could substitute acoustic equivalents for the synth-generated orchestral backing, and there is scope perhaps for some improvisation and even some theatre, this recording does have feeling, passion, dignity and tragic splendour.

Sun of the Dying originally formed in 2013 as a side project of guitarist Daniel Fernández Casuso with inspiration taken from classic British doom metal bands that formed in the late 1980s / early 1990s: Anathema, My Dying Bride and Paradise Lost.