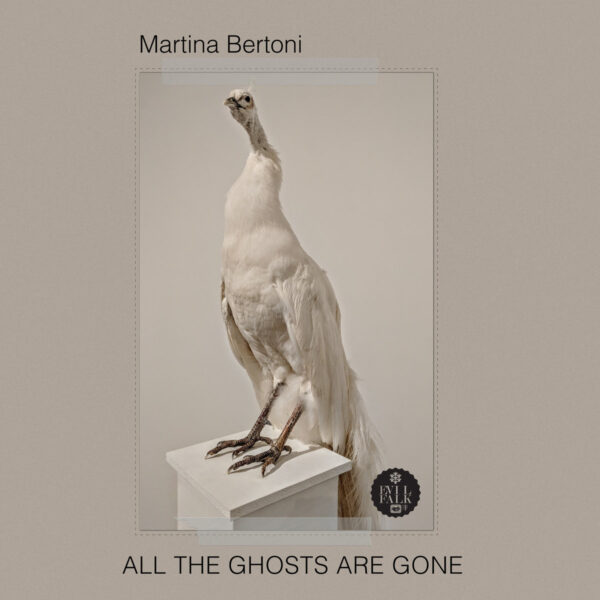 Martina Bertoni is an Italian-born cellist and composer in ambient, improv and electronic music who is currently based in Berlin. “All the Ghosts are Gone” is her first solo full-length recording after two EPs released in 2018 and 2019, though her cello playing has been featured on other artists’ recordings and on movie and TV series soundtracks. According to the Bandcamp page for “All the Ghosts …”, the recording was made during a period of personal crisis and involved Bertoni deconstructing and reconstructing her methods of composition and playing the cello. The album perhaps represents letting go of old ways and patterns of thinking, acting and being, and opening up to a new way of experiencing and exploring reality and recording it for posterity. The bird featured in the front-cover photo hasn’t yet been reborn as a beautiful phoenix and looks a bit premature – but don’t worry, it will spread its wings and, erm, colourful glory when the time comes and it is ready.

The whole recording has a desolate and often harrowing quality as if the guts of something had been wrenched out and all that remains is a brittle, hollow and unstable shell that is still able to communicate but only in the most basic ways, using whatever voice or sound it still has left. Any melodies that exist appear drawn-out and fractured in parts. Crackling, shimmering electronics provide an ambient background on which the solo cello melodies may gain support and contrast with. While listening to the entire recording in one sitting is best for listeners to absorb its atmosphere and to get a sense of the recording becoming a bit stronger and a little more assertive as it progresses, individual tracks like “Principles and Petals” can stand on their own. Final track “Notes at the end of the world” features a spoken-word monologue by Hinrik Þór Svavarsson and, for the first time, a clear steady bell-like melody signalling perhaps acceptance of the situation as it is, being able to make sense of it and reconciling oneself with it.

In no way is this album an easy one to listen to, and it is very confronting, but listeners who have had traumatic experiences in the past may find some comfort and emotional release in the work’s moods and atmospheres.