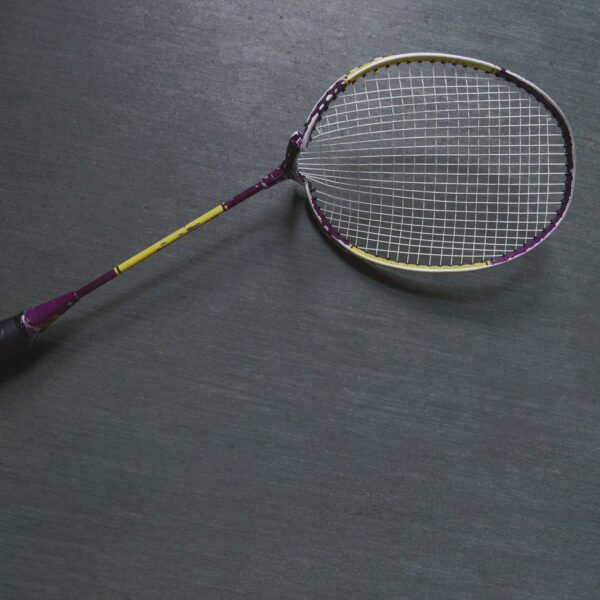 Got a couple of records from Jean-Philippe Gross, who has set up his own label Eich to release his work. The one with the distorted badminton racket image is called Reflex (EICH 001), and shows Gross’s prowess in working with the Serge modular system. The invention of this particular synth array is usually attributed to French genius Serge Tcherepnin, who built it with the help of American technicians in California in 1972. I think the self-contained units went into production around 1974 or 1975. The idea was influenced by the Buchla system, made famous by Pauline Oliveros for instance, but there was a need for something more affordable and more portable. The instrument may, over time, have become a bit fetishised by those who know about synths, and now there’s hardly an article on the subject to be found that doesn’t refer to Tcherepnin as “legendary”.

For his part, Jean-Philippe Gross welcomes the upsurge of interest in the device, but regrets the way it’s mostly been used to produce “drone or beats”. His response is to offer these quite short and snappy synth experiments, which he’s been working on for a few years since 2013; it’s an impressive set, full of surprises and dynamic range, and has a no-nonsense pared-down feeling which I very much enjoy. I mean he refuses effects or reverb to pretty-up the sound; what you hear is what you get, delivered direct to the spinal cord via the brain. Much to his credit, he also doesn’t retreat to the nostalgic zone of 1950s electronic music, an approach which would likely have resulted in a pastiche. “His pieces have an animal side”, is the claim, and some of these cuts are indeed pretty ferocious little snarlers, fizzing and spitting as he lets them out of the gate. The other item, Curling (EICH 001), is a mini-album comprising just one track of 22:08 duration. Unlike the above, this one is a composition using field recordings – in this case, recordings of the sport of curling captured from the telly (apparently it’s a minority interest sport, broadcast quite late at night). You have to play this game on the ice and try and get these heavy granite stones to slide into the target; players equipped with brooms to help the course of the stone are called sweepers. You may have seen this game in the Beatles movie Help!, where the game is disrupted by the introduction of a bomb disguised as a curling stone; “it’s a fiendish thingy!” shouts George, raising the alarm. From this situation, Jean-Philippe Gross has produced a baffling (in a good way) composition, setting the edited recordings to an ominous dark drone. He doesn’t seem so interested in the sound of the stone sliding along, and we hear more from the enthused players (American and European) shouting out their instructions and encouragements. Occasionally their shrieks can appear a bit intimidating.

This may not appear to amount to much on paper, but it’s great; Curling has a surprising power with a good deal of implied tension and darkness lurking under the surface. Somehow, the innocent sport has been transformed into a mysterious action, an event that is certainly odd and even vaguely threatening. Aside from the cover art, you can occasionally feel the presence of the ice in the record, and in this aspect it reminds me of Mantra, an obscure electro-acoustic work by Jean-Francois Laporte, released in 2000. Laporte did it by recording the ice-making generator at a hockey rink, and through overdubs he unleashed 14 varieties of noise-drone Hell. (20/09/2019)