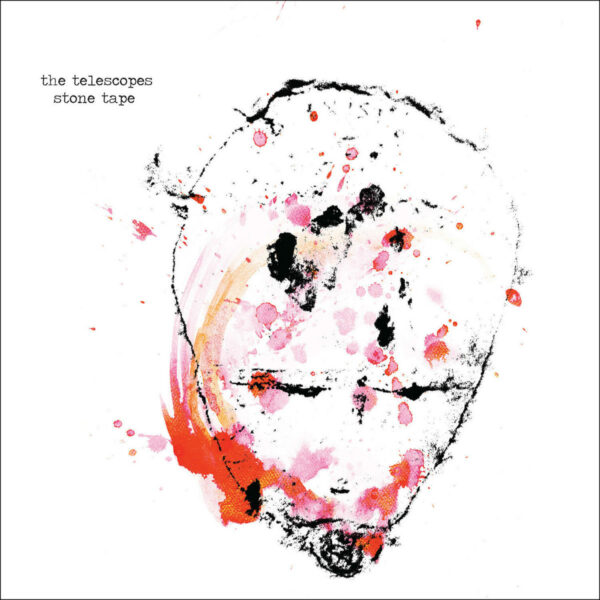 Very good drone-rock psych-noise thing from The Telescopes. Stone Tape (COLD SPRING CSR267CD) arrives with a little mental baggage to do with “residual haunting” theory, about which more soon. I’m just surprised at myself for not having noticed this English band before, since they’re been around since 1987, recorded (albeit fleetingly) with my favesters Loop, and evidently have crafted their own very convincing brand of repetitive mantra-rock whose lineage can be traced to Velvet Underground and Suicide, not unlike Spacemen 3, Loop, and maybe even Opal at a pinch.

On the other hand, it seems they took a ten-year break after their second album in 1992, and have been awakening curious stirrings of lysergic interest in musicians and fans ever since, including the more prominent (but less prolific) Portishead, who invited them to a festival in 2011. Just as each band must have a mentor and guiding vision, in this case it’s Stephen Lawrie, and given that he’s only name credited on Stone Tape – he even did the washy cover painting – it’s not inconceivable that Telescopes can work as a solo thing. Stone Tape is a very strong release, understated but aglow with a mesmeric power, which it releases in small doses and on its own terms. I’m particularly taken with tack 04, ‘Everything Must Be’, with its mumbled and indistinct vocalising set to a gentle and simple piano piece, with everything suspended in a foggy haze of green-glowing feedback. It’s as though Lawrie has taken that Portishead production trick of “muffling” everything in swaddling clothes, and injected it into his own force-bubble of psychedelic dream-witchery. Or he’s managed to tame the Jesus & Mary Chain beast and recapture it in a bottle of his own fashioning, ready to put it on the shelf with his other warlock’s brews.

So far I seem to be nudging this album towards the “hauntology” category, that vaguely-defined and often over-used term, but that might not be wildly off the mark if Lawrie is indeed trying to express something in line with the avowed theme. It turns out that the famous TV drama The Stone Tape, written by Nigel Kneale and screened by the BBC in 1972, has now lent its name to “stone tape theory”, an approach embraced by keen parapsychologists across the globe. It derives in turn from the ideas of Tom Lethbridge, who was a firm believer in the “power” of certain locations, proposing that some locations were capable of somehow “recording” past events and storing them (where?) as residual information. As viewers of the Kneale tele-drama will know, this means we see the same highly-charged event replayed over and over in a disturbing fashion, as if embedded in the very walls of the haunted house itself; it’s a roundabout way of trying to account for ghosts and what they mean.

Thankfully, Stephen Lawrie doesn’t do much more than allude to all this weirdness in a fairly indirect fashion, drawing enough inspiration to allow him to create this album, his own highly personal and washed-out spectral version of the greatest trance-rock piece The Velvet Underground never recorded. Very good; surprising to find something this melodic and accessible on nasty old Cold Spring, but I suppose it’s possible to file it alongside other fringe-interest psychic oddities such as the 2018 Sonologyst album, or the Schloss Tegal reissue before that. From 4th October 2019.