Four new items from the Polish Zoharum label, all of which arrived 10th October 2019.

Intriguing record of dark-ish minimal techno from NNHMN on their Church of No Religion (ZOHARUM ZOHAR 188-2) record. The duo are the vocalist Lee and the musician is Laudarg (from Berlin), who I assume does most of the synth and drum machine programming here. The combination of very basic tunes, simple sounds, and low-key wordless vocalising can be pretty effective, and I like it best when they rein themselves in, keep it focused and monotonous, and don’t attempt too many flourishes with electronic sound of keyboard glissandos.

NNHMN – who would like us to pronounce their name as “non-human” – are adhering to a vaguely religious theme on this record, but one with a very broad definition, a comparative view that includes heretics and witches (‘Haxan’) along with references to books from the Old Testament. Accordingly, we have tracks named for the Kedarites and the Shulamites, but also for the highly unorthodox Army Of Mary (also called The Community of the Lady of All Nations), a modern sect which has been a thorn in the side of the Catholic Church since its foundation. And there’s also a track for the Witch Of Endor, a troubling character who appears before Saul in the Hebrew bible, but who may have been suppressed to some degree in Christian theology on account of the necromantic implications of her appearance.

These are all potentially fascinating lines of exploration, although NNHMN don’t do much more than make cryptic suggestions and allusions to them, and their music is all dark and muffled with no explicit or intelligible lyrical content at all; however, there are also meagre clues in the form of esoteric symbols and sigils printed on the panels of this digipak, along with the injunction “forget everything you have learned”. Having delivered themselves of this solemn utterance, these two would-be gnostics merely look at us with a meaningful nod and then walk away. Found this record a bit tedious at first, but now I’m warming to its Gothic leanings. I found it works surprisingly well played at low volume, when its insistent sullen throbs can really get under your skin without you even noticing. 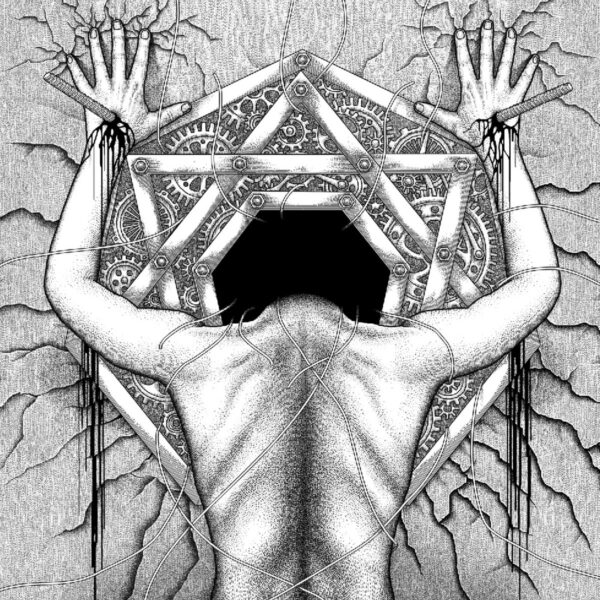 Further esoteric symbolism to be had on the cover of Tales From The Mirrored Spaces (ZOHARUM ZOHAR 186-2), which features a stark illustration by Kirill Rozhkov of a naked acolyte having his hands screwed into the wall on which is mounted a seven-point star. His head disappears into a void, and nasty tendrils emerge from nowhere to creep around his torso. Behind the star, watchmaker’s cogs are busily counting the minutes until the end of the universe. All of this visual mysticism is used to usher in the electronic sounds of Kryptogen Rundfunk, a Russian fellow named Artyom Ostapchuk who we noted in 2016 on one half of a split cassette with Umpio. He’s been very active since 2002 or earlier, but this is only his third full-length album after records made for Mechanoise Labs and his own label Zhelezobeton.

I suppose he stands out from many industrial-ish noise creators in this area by dint of fact that he uses anything and everything he can lay his hands on to feed into his layered recordings – metal plates, singing bowls, bowed guitars, his own voice, field recordings, as well as the expected array of Korg synths and attendant effects. Tales From The Mirrored Spaces isn’t quite as dismal as the Spina! Rec tape, there’s a lot of variety in the approaches that he uses, and the tonal range on offer is never less than engaging and atmopsheric. Still depressing and grey in mood, but it’s a rich and deep greyness, like wintry skies revealing many colours. The highly evocative titles, such as ‘Astrochemical Rays’ and ‘Shores Of Insanity’ also betoken a poetic mind at work behind these steely pulses and toxic emissions of death-dealing drone-throb music.

Fans who are hungry for more are advised to purchase the very limited (100 copies) 2 CD version of this release, which gives you a live version of the whole album which he played in Gdansk in 2017. Apparently the crowd went wild when he played ‘Transverter Waltz’. 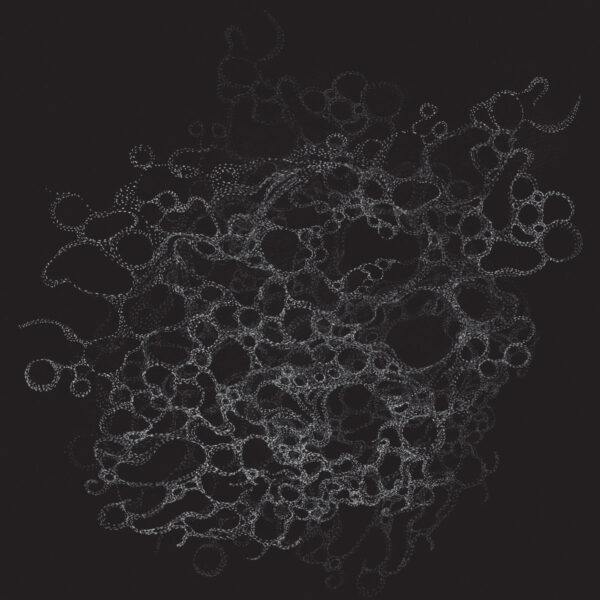 Uhushuhu is a Russian dark ambient performer who’s been releasing drone records since about 2014, appearing on DNA Production, Muzyka Voln, and the afore-mentioned Zhelezobeton label. Pavel Dombrovskiy is the fellow behind this solo turn, and Uhushuhu is just the Western way of rendering his name which by rights ought to be printed in Cyrillic characters. On Bones & Drones (ZOHARUM ZOHAR 187-2) – a great title which I’m surprised no-one else has thought of using before – we have a single track coming in at 43:45, which may seem at first like a monolithic swirl of murkiness and haze, but in fact reveals layer after layer of subtle additions and accretions. This may represent the work of other musician collaborators, which Pavel sometimes pulls in to work under the collective mask of Uhushuhu. Bones & Drones manages quite a rare trick, that of creating the illusion of gentle forward movement, as opposed to the very static vibe we get from most drone albums which just sit there like a heap of moss, inviting us to pick out the lichens from a morass of green and brown growths. Here, we have the impression of riding through a foggy forest or landscape being transported on a rickety ancient carriage, except it has no wagon wheels and instead just floats along in an eerie way. This kind of protracted sojourn in damp gloomery just seems tailor-made for this label’s aesthetic. 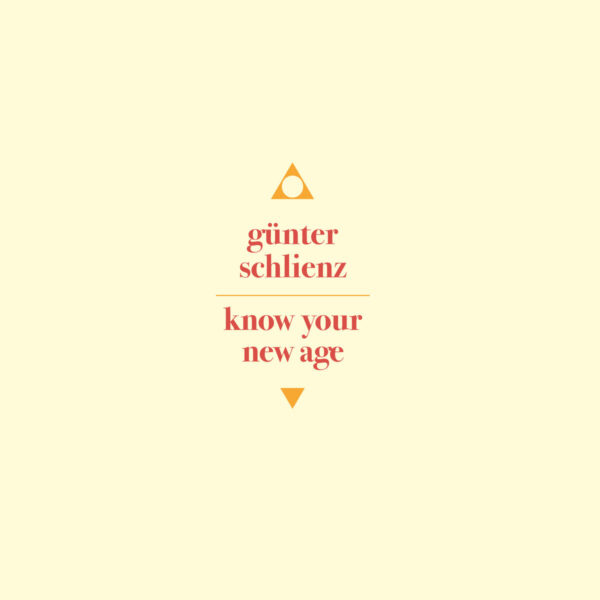 After those three nocturnal despairing records, finally we have a sunlit item with more than a trace of optimism in its delicate sounds and tunes. The music of Günter Schlienz from Stuttgart has been appearing here since 2017 and his lovely Autumn album. On Know Your New Age (ZOHARUM ZOHAR 177-2) he uses his home-made modular synths, guitar, organ and tapes to realise six beautiful pieces which pay tribute to ‘The Prophet’ and ‘The Lamb’, invoking religious themes in a much less ambiguous or provocative manner than NNHMN above. He also makes plain his debt to the more esoteric end of Kosmische music, claiming the album is inspired by the music of Peter-Michael Hamel, Deuter, and Eberhard Schoener; while inside the digipak there are awe-inspiring images of the earth seen from outer space, and the towers of dust and gas photographed by the Hubble telescope. It’s good that Zoharum continue to support this unique creator and his sumptuous music, though their press notes (while supportive) seem a little too quick to file this music under “New Age meditation”. most likely taking a cue from the title. However, I find Schlienz’s music has far more depth and invention; his use of repetition and melodic sensibility may be understated, but it has a lot of quiet power.