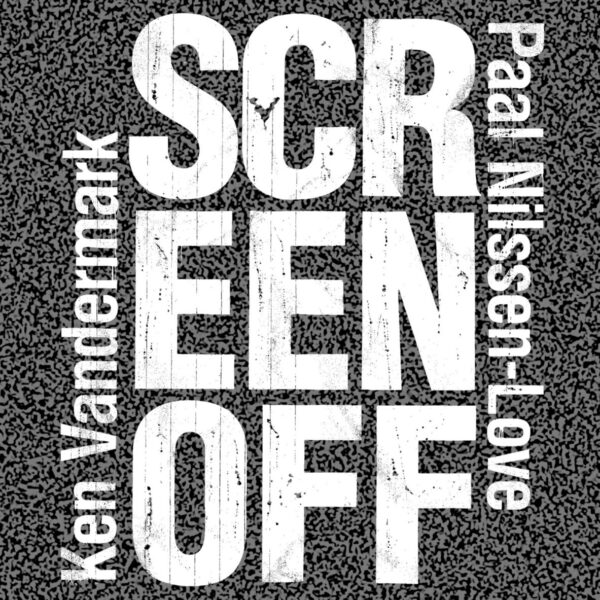 We have here twenty-one tracks culled from YouTube clips of live performances made by audience members posted between 2008 and 2018, edited and mastered by Lasse Marhaug in a nice heavyweight card-stock gatefold sleeve released by Nilssen-Love’s own imprint. Ah! Now you’ve got my attention! This is an excellent idea for an album – a bunch of unrelated live recordings by Paal Nilssen-Love and Ken Vandermark made over a ten year period in no particular date order of varying fidelity, snaffled off the internet by the artists and overseen in post production by the unassailable talents of the great Lasse Marhaug; some recordings messed with variously; most not, but edited together in unexpected ways in an ingenious episode of psychic brutalism. Invigorating! Plus, this novel approach raises a bunch of questions in my mind, such as could it be A: an ironic detourning of the concept of a bootleg release? B: If so, who might be doing the bootlegging here? Could it be that Vandermark and Nilssen-Love are deliberately bootlegging themselves? and/or C: purely an aesthetic exercise or is there more specific intention at work here? What has the jazz world done to deserve this treatment? I don’t know and I don’t care, because I am totally digging it.

According to the helpful press notes included here, the title Screen Off is derived from the comparison of experiencing a movie’s audio only, without the screen itself, emphasising the jump cuts and hard edits of the typical strategies of the soundtrack composer. The net result here is a sometimes disorienting stew of dislocated performance experiences; as you might expect, the presence of Marhaug’s hand lending proceedings a highly experimental flavour, which I’m all in favour of. There’s also a sense of mischief at work: Comedy tape spooling is added between the pieces “Screen Off part 12” and “…part 13”, presumably, I’d like to think, courtesy of the mischievous noggin of Lasse Marhaug. Although it is possible that both tracks have plenty of pre-existing tape artefacts I’m not 100% sure… but I wholly endorse this kind of post-production tomfoolery, if that’s what it is.