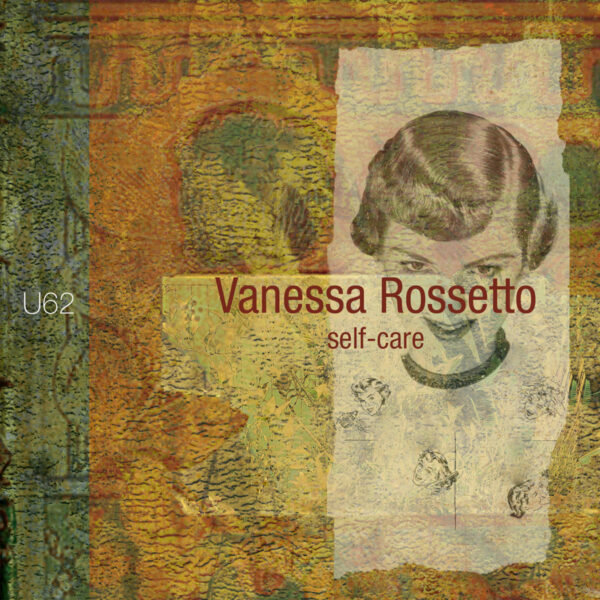 Recorded over three days in September 2018, during which time sound artist Vanessa Rossetto was staying in San Francisco and renting a room there, this album is a document of Rossetto’s SF trip. She left the recorder running in the room where she spent most of her time exploring, in her words, her “relationship with [her] own corporeality”. The result is very intimate, even a bit voyeuristic and perhaps confronting for the listener, though the work has much less Sturm und Drang than might be expected of an artist who in the past has battled depression and who later holes up in a room for three days in SF. At least Rossetto admits the room was “pleasant” and I’m sure San Francisco is (or was in 2018) one of the better cities in the United States to spend a few days living there.

For the first 30 minutes the recording seems to spend a lot of time getting its bearings, and fragments of conversations that might have been better left out surface now and again, but after the 30th minute the recording finds its (slightly grating groove) and sets off at a steady pace going somewhere – even if that turns out to be turning around in circles (literally of course, in the case of the CD). From then on, even though the hypnotic soothing drone sound stops and the recording assumes its cinematic auto-documentary narrative of self-examination and questioning one’s direction in life, the whole work feels and stays secure, and continues on an even keel.

I confess to feeling a bit intrusive, like a Peeping Tom, listening to this very intimate recording. Parts of it could have been edited for length as there can be long stretches where nothing seems to happen. (Though those periods are probably when listeners need to be most attentive.) The sections where actual music can be heard are often very intense, highly focused and seem to be the most self-revealing. The second half of the recording after the 30th minute is the more interesting part of the work with hypnotic droning tones that absorb all attention and concentrate the mind on what may happen next. A water theme begins and ends the album, and has its culmination in a shower midway through the work, suggesting perhaps a ritual nature to Rossetto’s daily routines during her SF stay.

This won’t be a very accessible recording for most people who would be flummoxed by the notion of an artist recording three days’ worth of sounds and samples as a snapshot of her interior life. Perhaps “Self-Care” is best recommended to Rossetto’s fans.