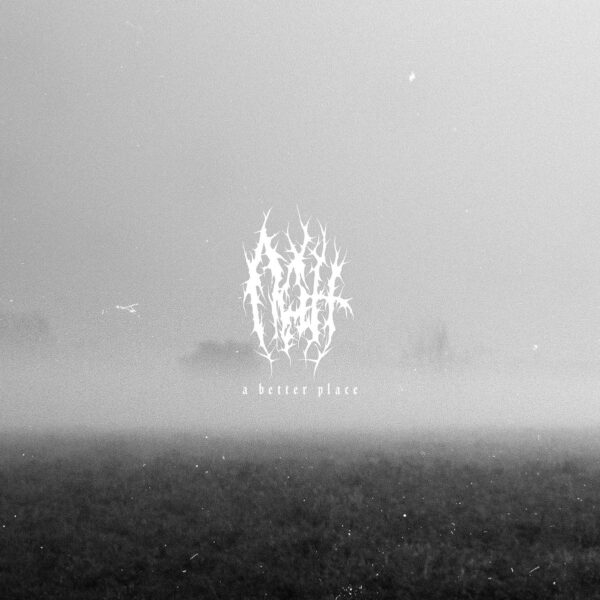 NATT is a Polish DJ and producer who has been involved in music since 2009, mainly in the drum and bass scene in northern Poland, and in 2018 co-founded a project DREN with fellow Pole Akton based on a shared enthusiasm for jazz and black metal. “A Better Place” is NATT’s debut solo work, and as an introduction to a musician / producer with eclectic tastes in music and an interest in music experimentation, this is a modest outing (at about 22 minutes) in dark ambient / industrial / techno-electronic fusion. Opener “Tanzmusik” is a grim and solemn tour through dark and pitiless soundscapes of rusting factory machine rhythms, hard and relentless and covered up in an atmosphere of mist and grime. Strange silicon-insect buzzing adds to the post-apocalyptic sense of alienation, and water clunk-clock sounds in the background suggest pools of poisonous polluted water in amongst the abandoned machines pumping and pounding away with no purpose at all.

The title track continues the dark gothic industrial theme with a bit more energy and an almost pleasant and jaunty rhythm that you could almost dance to, if the sooty atmosphere cleared a bit and the overall sound were a bit cleaner and more sparkly. The sighing drone wash is still dark and bleak and no matter how those factory machines try to get something resembling a party going, the would-be discotheque still has a bleak atmosphere reeking of rusted metal, oily metallic polluted water and rotting frameworks holding up the building. Gloomy as the track can be, the rhythms and percussive melody do have a lively snap to them.

The remaining two tracks are quite short and follow the same general structure of muffled factory rhythm ambience along with disturbing mechanical-insect flutter. Throughout the EP, the machine rhythms seem to hint at the formation of self-awareness and sentience in the abandoned factory machines even as they slowly disintegrate with no hope that someone or something will arrive in time to repair them. Eventually the machines fall into a semi-conscious funk with ghostly whispers the only indications – and failing indications at that – that they ever had life.

Across all four tracks, the music is repetitive and even in its tone so it does have a static quality with no suggestion that it will develop into something dynamic and energetic. While the theme (as I see it) is interesting, listeners can tell how the album is going to end and might not feel like staying with it to observe the machines’ descent into a HAL-like dementia: it would be just too distressing after their attempts at gaining more life in the title track. Oh well – such is (machine) life.