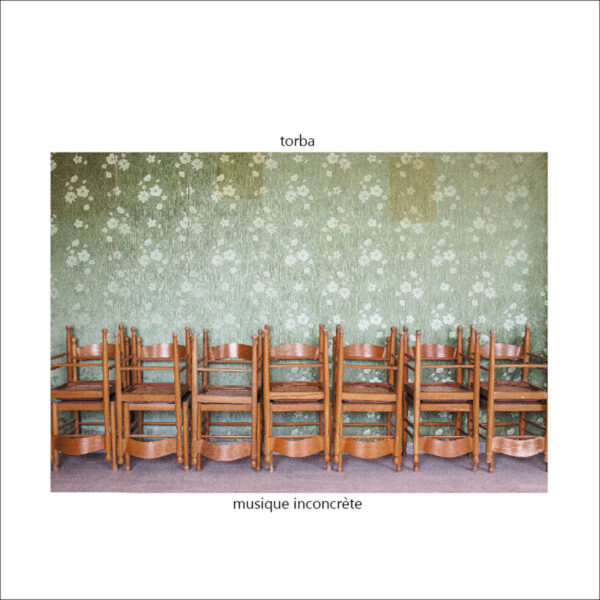 Excellent LP by Torba on the Hamburg-based label Fragment Factory, an imprint which evidently specialises in art music of all stripes, and seems to be moving on from its cassette release programme (many of them now out of print) into compact discs and LPs. Torba – the Italian Mauro Diciocia – has been represented earlier on a tape called Ggràn, but he’s here today with an LP called Musique Inconcrète (FRAGMENT FACTORY FRAG49). I see this fellow has been active since 2009 producing his own brand of tape collage / manipulation and field recording exploits, often making use of found sounds, and has published a few items on his own Aaltra imprint. I’m certainly won over by this LP. On these six enigmatic cuts, Torba uses basic recordings and found sounds, often recorded by quite “basic” methods (hand-held Walkman or dictaphone), and then assembles them into perplexing, subtle, semi-narrative structures – perhaps sometimes using loops or repeated phrases for extra disorientation. Hardly ever do we encounter anything familiar – apart from certain passages which vaguely resemble distant voices murmuring, or equally distant snatches of music and song. All of this is quite deliberate, as we’ll soon learn…as an aesthetic effect it’s all very compelling, passing on a strangely balmy and dreamlike effect, surreal almost. The episodic nature of his edits and splices helps with that; I must stress he chops and pastes with the finesse of a water-colour miniaturist, usually to present a slight contrast in timbre or other aural shift; I mean he’s not interested in making collision edits, to jolt us out of the dreaming mood.

The press notes refer to this work as an “abandoned opera”, a rather elegant phrase, referring I think to the impression it creates of an incomplete radio play; we’re on the verge of hearing characters speak, only to get murmurs or silence; we think there’s a cue signalling the next instalment or episode, but instead it turns out to be yet more ellipsis, deepening the mystery of the story. We’re getting a bit closer to the meaning of “Musique Inconcrète”. It seems Torba drew influence from a contemporary art unit in his home country, called Alterazoni Video, who have apparently published a manifesto in favour of “Incompiuto”. They’re referring to unfinished or half-complete building projects, of which there is no shortage in Italy (a fact I’m prepared to believe, having seen many such abandoned structures in Cyprus one time on a coach journey). Of course there are many prosaic and practical reasons for why they’re unfinished, including political incompetence and financial errors, or businesses going bankrupt and running out of money, but our Alterazoni Video friends have now declared this to be a new aesthetic definition that might allow us to see these “ruins in reverse” in a new light. To put it more plainly, unfinished architecture is, to them, a form of accidental art.

It’s this “unfinished” theme which Mauro Diciocia has successfully incorporated into this recorded work. I was going to say his “compositional structure”, but I think it’s even simpler than that; the record is made of fragments, each fragment an unfinished composition, and the assembly has been done according to a set of intuitive, artistic criteria. It’s not a specific psychogeographic “map” of the half-finished modern buildings of Italy (though now I think of it, perhaps someone should draw it up – perhaps Alterazoni Video will make that their next project). Instead, Torba is building his own imaginary world of abandonment in sound; unsurprisingly, very little of human civilisation is left, and we’ve just got a few disconnected ghosts and piles of rubble, all floating in a very listenable soup of room sounds and fascinating ambiences. The final piece of the jigsaw is the cover photos, created by Gabriele Albergo, a photographer artist who also happens to be working his way across the aesthetic wastelands of the Italian peninsula to produce images of studied banality and grittiness, in stark contrast to the picture-postcard wonderland we are still encouraged to consume. This whole release thus comes together perfectly; can’t find enough good things to say about it. Highly recommended; from 11th November 2019.