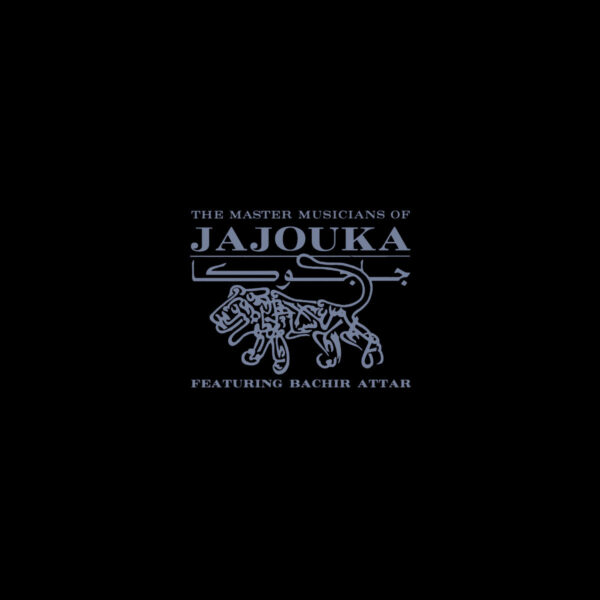 Originally recorded in Morocco in 1991 by famous US musician / producer Bill Laswell and released in 1992, this recording has now been remastered and released on vinyl for a 2020 release. The musical collective known as The Master Musicians of Jajouka is based in the village of the same name in the southern Rif Mountains of northern Morocco and the musicians who played on the 1991 recordings, including their leader Bachir Attar, are the children of the original MMoJ musicians who met English performance artist Brion Gysin back in the 1950s when he was living in Tangier and running a restaurant there. The musicians were hired to play there for an international audience that included US writer William S Burroughs. In the late 1960s, Brian Jones, then part of The Rolling Stones, produced an album for MMoJ, and from there the collective began its ride to world-wide fame. The musicians have played with a number of famous individual musicians from different music genres (such as Ornette Coleman and Flea of The Red Hot Chili Peppers) in many places across the globe and have toured widely as well.

The music is rooted in Sufi Islamic mysticism which overlays pre-Islamic nature beliefs still held by many of the Berber inhabitants of that part of Morocco where the MMoJ live, and the recordings on the album perhaps represent highlights of what must have been hours and hours of continuous playing by the musicians lasting all day well into the evening and even beyond into the next day. At the time Laswell made his recordings, the ensemble included sixteen musicians playing a surprisingly limited number of instruments (two types of drums, a flute, another woodwind instrument, a stringed instrument) even if most musicians played at least two instruments, and all of them singing as well. Singing is usually of the call-and-response type in which a singer and another singer or a choir may engage in a singing conversation or the choir comments on the topic that concerns the singer.

The music is highly rhythmic and strongly beat-based in a way more expected of music south of the Sahara than of music receiving influences from the Iberian Peninsula, after the Catholic monarchs Ferdinand and Isabella expelled the Andalusian Arabs in the late 15th century, forcing them to retreat to Morocco, or from the Middle East, though there is plenty in common with music from lands to the east of the Maghreb. Comparisons can even be made with Indian traditional music and some of the droning religious music of Tibet and Bhutan. Several tracks like “El Medahey” can be very hypnotic but my impression is that the music in these tracks is much, much longer than is allowed in these recordings, and so the full mesmeric effect, to say nothing of the organic nature and evolution of the music, may have been missed. Songs come across as very repetitive, even very monotonous, and performances that might truly reach virtuoso level but only after a number of hours when the musicians might have reached an intense emotional state that permits them to break through into another level of consciousness are completely gone. What we end up with is pleasant if sometimes rather bland music that conveys a smidgen of the energy and ecstasy that the musicians would have reached on jam sessions lasting through the day and night.

I realise I am making unwarranted assumptions about the nature of the music on this recording but it’s my understanding that much music influenced by mystical belief systems obeys no temporal or spatial limitations and once it reaches a certain stage, it goes for broke and can last indefinitely. Unless listeners know something of the nature of mystically inclined music that celebrates the life force of the universe in the form of fertility gods and spirits in ritual, they might come away with a very limited understanding of a work such as this album and dismiss it as boring and unremarkable, unaware that it represents something much greater.

It seems quite astonishing also that for all the fame enjoyed the Master Musicians of Jajouka – incidentally there are two musical ensembles in the village laying claim to the name, each group antagonistic towards the other and clashing over issues such as the Westernisation / commercialisation of the music that brought Jajouka to the attention of the outside world, and Bachir Attar’s own role as self-proclaimed leader of one of the groups – the village itself gained access to electricity only within the last 10 or 15 years. One wonders what had been done with all the money that should have gone to the villagers.