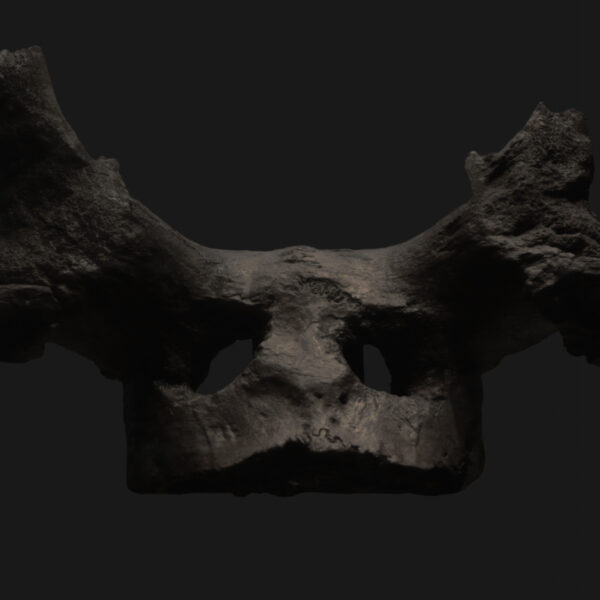 Quite the oddity is mini-album The Seven Oracles Of Gog Magog (OWD SCRAT OWD006), released on the Owd Scrat label and credited to The Seven Heads of Gog Magog. Herein be an almost indescribable set of songs, poetry recits, and field recordings, served up in a fast-moving melange and packed with near-indecipherable content, one element layered on top of another. Free-form song structures seem to encompass everything from manic post-punk to unhinged psychedelia, with perhaps elements of a quasi-pagan neofolk style woven into the demented fabric. The delivery of the material is no less frenetic, with a singer (or maybe two) who seems possessed, driven by an urgency to communicate the visions they have seen. Quite often, these visions seem to have some sort of grounding in everyday life – there are fleeting references to riding the bus and walking down the high street looking in shop windows, but these glimpses of reality are almost instantly subsumed into the crazed, hallucinogenic continuum. Symbols, absurdist poems. The Seven Heads of Gog Magog takes every sign for a wonder, and sees hidden meanings in everything. So far, plenty of wildness and truly innovative musical / aural ideas heaped up in abundance.

To appreciate the music in context, you really need to look at a blog called The Seven Heads Of Gog Magog, a work subtitled “Seven oracular sound recordings illumined by a mythologically polymorphous blog”. Here, the seven audio tracks from this album are but one part of an elaborate construction, telling an episodic narrative about seven artefacts from the ancient world that are housed in the Fitzwilliam museum in Cambridge. None of these objects are directly connected with the figure Gogmagog, but the writer is interpreting them as though they were, determined to extract the hidden meanings from what they regard as “oracles”, or prophecies. This has entailed a very close “reading” of artefacts in museum cases, decoding texts, and looking for oblique clues buried in the past, with layers of additional readings and sources added to the mix. For instance, for the very first track, we’re invited to study a Greek painted wine cup and “concentrate your gaze on the severed head floating between the two intact figures painted upon it, and on the head’s painted mouth”. We should ask the head a question, then play the track; when we hear the music, our question will be answered. Repeat seven times with the other objects, and the prophecies will be revealed. Pagan magic meets antiquity, by way of crazed psychedelic folk song.

This may not have much to do with Gogmagog, the legendary giant which figures in Welsh and English mythology and who may have first appeared in print in the unreliable writings of Geoffrey of Monmouth in the 12th century. Indeed there is another Cambridge connection with the Gog Magog hills, an area where the dowsing archaeologist Thomas Lethbridge (also unreliable and much disputed) once claimed to have discovered ancient chalk figures of a sun god and a moon goddess. I think the process that’s relevant here is the spinning of an elaborate yarn, a mind that makes abstruse and quite far-flung connections between objects and stories in history; according to the press notes, these blog posts make reference to Syd Barrett and Aleister Crowley within their warped narrative of the Oracle of Delphi and other half-digested elements from ancient Greek culture. The fiction is made even more intriguing by ascribing the authorship of the blog to one Emma Florence Bausor, who we are informed is 70 years old, is self-taught, and lives in a tomb. Indeed Bausor’s name is printed on the back of the CD, as the “presenter” of the work. Quite clearly it’s not a 70 year-old woman who made this strange music, but I admire the conviction and detail of this ingenious meta-fiction; and it goes even further down the dubious Robert Graves / White Goddess route than Julian Cope. Even without the connective tissue of the blog, it’s a great spin; a truly unique work. From 25 June 2018.