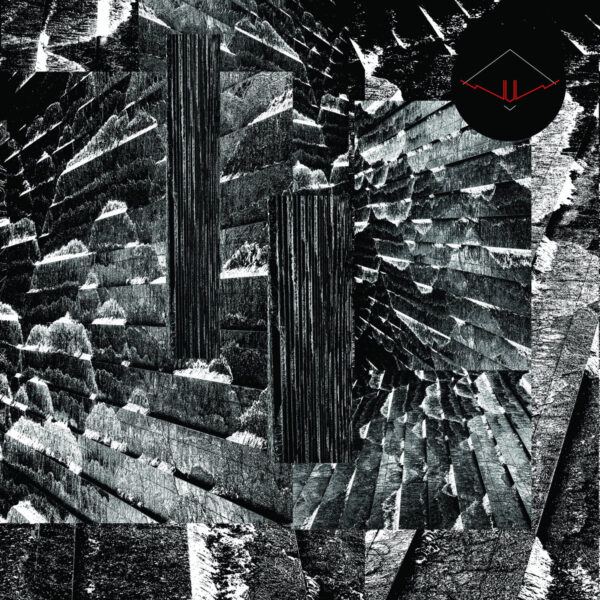 For some reason doom metal bands that experiment with their sound and style through deconstruction (in the process, questioning what “doom metal” means to them, to their fans and perhaps to the doom metal and general metal communities) or collaboration with musicians outside their genre are not very common. Famous US dronesters Sunn0))) are the major exception of course and should be an inspiration to others – but perhaps their example is so familiar to everyone, and the Americans have been everywhere and done everything possible for an experimental doom band to do, that to follow in their tracks might be daunting or considered not very original for newer bands. Or maybe I’m just not looking in the right places and need a whack to direct me onto the correct path. Coming across WuW, a Paris-based duo of Benjamin and Guillaume Colin, who profess to play avant-garde or experimental doom metal, I’ve just saved myself that smack around the head. The Colin brothers have a background in formal music composition and are previous members of fellow French doom metal / stoner rock band Abrahma (still active), who in an earlier stoner rock incarnation was known as Alcohsonic, so they can be presumed to bring a fair amount of experience, talent and skill to their chosen style as WuW.

“Rétablir l’eternité” (“To restore eternity”) is the duo’s second album, coming almost exactly two years after their first, and it’s a monumental and dense instrumental work combining doom-influenced post-rock, cosmic space rock and psychedelic influences. The first thing I notice is the downbeat mood of the album, and the first track in particular, which may be a reflection of the depressed times and society, under the authoritarian presidency of Emmanuel Macron, the Colin brothers find themselves in. “Ce Silence Qui Nous Délivre De Tout” acts as a dirge and lament to lead us all into a distinct hell, one that exists on the surface of Planet Earth and needs no entry to the Underworld for us to experience the full bleakness, despair and hopelessness that Satan’s realm may not even offer. Heavy, almost tired beats and rhythms, crashing percussion, a woeful booming doom guitar riff and bleached-tone, horror-filled keyboards sustain a funereal atmosphere as we listeners, feeling ourselves bound in heavy chains, must follow the Colin brothers into their hell-on-earth universe.

“Danser dans les champs des battements du temps” features quite astonishing leaps in atmosphere and sound dynamics as the track turns suddenly from quiet guitar melancholia to vast, almost unfathomable expanses of cosmic space rock soundscapes, with a lead guitar somewhere high in the heavens (or even outside in a parallel universe) sounding off sombrely. Towards the end of the track, clear-toned synthesiser melodies peel off the main core of the music and go on their separate but parallel journeys.

Each new track seems to take up a very different musical journey that might represent a different realm within this strange musical universe that WuW have opened up for us. Track 3 feels surprisingly intimate with slow-paced electronic jewel jangle against a background of doom riffs and soft percussion before the music transforms into a huge space doom symphonic rock tableau. The following track likewise starts off with a heartfelt saxophone solo that appears close and personal, as if to share a private emotional message, before it also gets swept up in doom bombast. The sax starts to spiral off into a madness all its own, tremolo notes highlighting the growing derangement, as the music piles on the pressure in an arduous journey. Final track “Dans L’Intense Clarté De La Solitude” seems to sum up what WuW feel about the world they live in, reflected in what they have created: a world of chaos and violence, desperation and loss of hope, a world in dire need of rescue.

Technically the album is very accomplished and stunning in its scope and ambition but I must admit it left me feeling bludgeoned and not in a good head space. I suppose I did say I needed a smack around the head but not one that leaves me feeling more alienated by the music than by the world it portrays. True, we need to know the full nature of the hell French people are living in, and maybe exaggeration is necessary, but while listening to the album I can’t help but feel that the music is falling in love with its own self-important bombast. It’s possible that that’s exactly the kind of effect WuW were after: something representing the power elites in France being drunk with their own power and belief in their own importance, and the enervating effect this has on French society. Songs might start quietly and in an intimate space but then quickly blow up into remote soundscapes and stay there for the rest of their playing time. In spite of all the complex musical structures in each track, there is very little subtlety and the music plateaus quickly and comes over as one-dimensional.

As a concept work, the album is best heard all the way through, in one sitting preferably, to get that full narrative feel but with each track zooming very quickly to an epic monumental sonic scale, and staying there, the danger for listeners is that the album ends up sounding full of pompous bluster, and boredom can quickly set in. An album of this nature needs something to keep listeners attentive and on edge – more hooks that might promise hope, a glimmer of optimism, something that is very personal and deeply felt – that can suggest the huge police state edifice has points of weakness that one day can grow and bring the whole structure down.