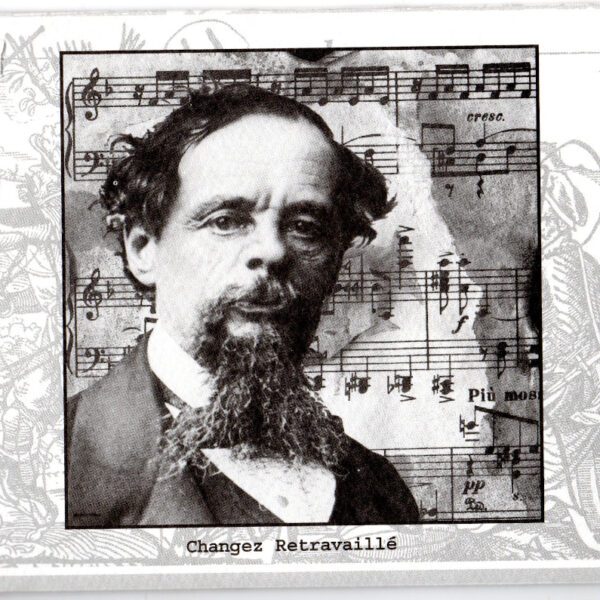 Here we are with another Richard Rupenus / New Blockaders / remix-reworking project, this time a triple CD which arrived here in June 2019. Changez Retravaillé (RICERCA SONORA RS7) is released on the Italian label Ricerca Sonora of Apulia, also associated with Backwards and Slow Music, and its owners are dedicated to the release of experimental music; on this sub label, active since 2012, they’ve put out items by Philip Corner (the American gamelan-loving minimalist) and Fabio Orsi (an old friend of the label owner, I think). Changez Retravaillé features 30 tracks, contributions from your favourite avant noise-makers and industrial types, many of them famous names. They’re been charged with reworking – even the title Changez Retravaillé insists on this, using a French term that carries meaning of redesign and refitting, often used in the context of architecture and rebuilding. I personally alight on that specific meaning, as it seems fitting with the sound of The New Blockaders, which I often associate with building materials, e.g. cement mixers, brick walls, falling masonry, and old concrete blocks. The source material they’re reworking is the very first record by The New Blockaders, Changez Les Blockeurs which came out in 1982.

Haven’t we been here before? Well, sort of – there was the vinyl LP which came out in 2018 on United Dirter, but that one was credited partially to Nurse With Wound, whose intensive and imaginative reworking we noted, especially the ingenious way Stapleton added subtle new dimensions to the basic chug and clank of the TNB sound. Neither is it the first time Rupenus has invited his chums to a remix party – I was going to cite the Viva Negativa! four-LP set from 2006, but in fact that’s more of a tribute thing with original contributions by all those invited. For today’s item, I thought I’d better revisit the original LP for a quick spin, since I have it before me as a part of the four-disc Hypngaogia set which spanned the years 1982 to 2002. From one point of view, the original release is regarded as a landmark in the noise genre, probably because of its originality (nothing really quite like it before or since) and its cussed refusal of the conventions of art and listening pleasure, which were embedded in the TNB genetic code from the start. It’s also become a significant collectors item, which may be due to its age and small print run as well as its impact on the culture. Playing it today, I’d nearly forgotten that Changez is quite atypical of the later “roaring” records, and almost counts as “acoustic” sound art in the context of the Rupenus catalogue. There’s a lot of grinding and scraping and bumping about, producing utterly formless and broken sounds; the occasional high-pitched squeals, as of badly-oiled castors, remind us this is the furniture-shifting job from Hell. Your antique cabinet won’t survive this rough handling. The sound of it is not just monotonous and insufferable, it’s also very flat. How will our 30 contributors bring life, dimensions, and passion to this flatness? Or will they choose not to? 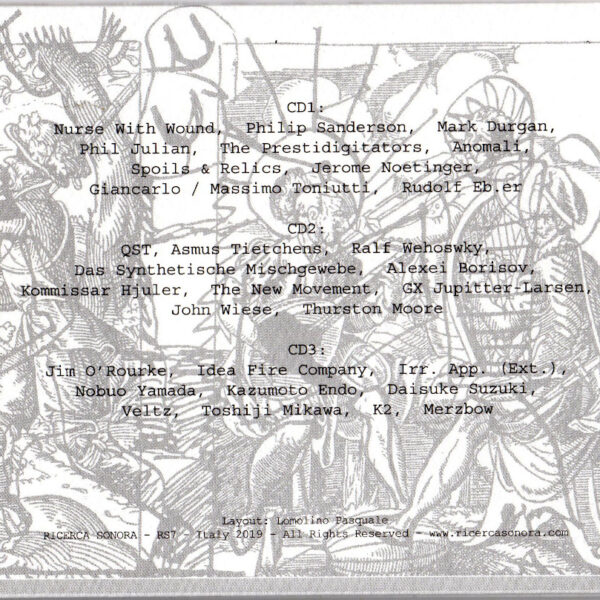 I found myself going for capsuled summaries of everything on this international survey, which starts in the UK and then traverses parts of mainland Europe, to the USA, and inevitably finishes in Japan. If you don’t want to hear the final score, look away now. 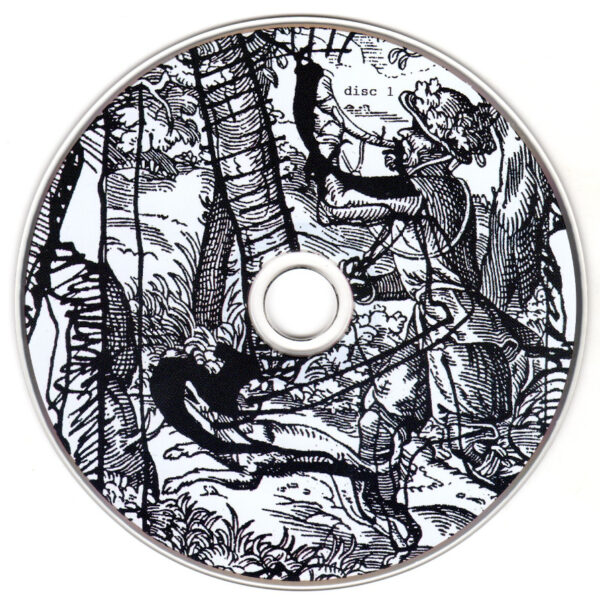 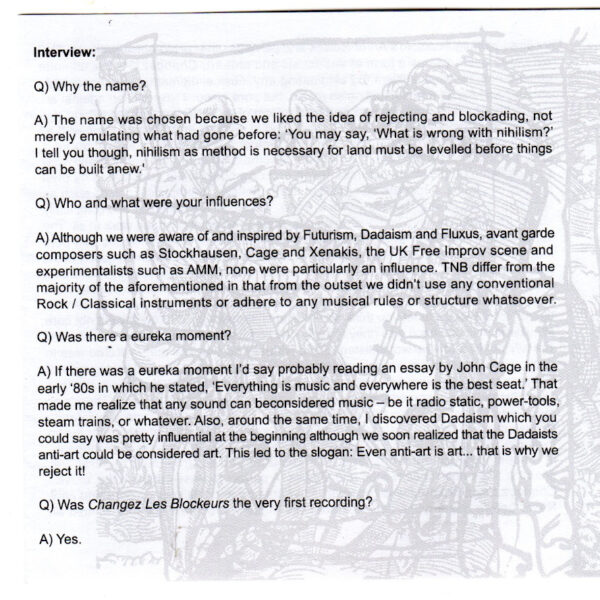 Closing remarks: Rupenus has been revisiting his back catalogue quite a bit lately and encouraging these reworkings of it; for a moment there I thought it was a bit similar to Marcel Duchamp and his Boîte-en-valise, when he reproduced his ready-made “greatest hits” in miniature and packed them all in a limited edition suitcase. Like Duchamp, Rupenus wants to make the memorable anti-art gesture, except the noise-maker has much more virulence and bile lurking behind each act. There’s been a bit of care in the preparation of the insert for this record, which contains the by-now familiar TNB manifesto; a list of comments and quotes from journalists and simpatico people like Ron Lessard; a reprint of an interview which is juicy with references to avant-garde art and music, industrial music, and the need to shock people; and an assessment of the original LP from Notebooks. Content-wise, this is very good; I wish it had been slightly better presented and laid out, for better impact. The year 2017 would have been the 35th anniversary of the 1982 record, but this celebratory comp just missed the deadline by two years. Even so, for those who are fans…an unmissable item, and if you like noise you are guaranteed to find at least one piece on here that satisfies you. From 17 June 2019. 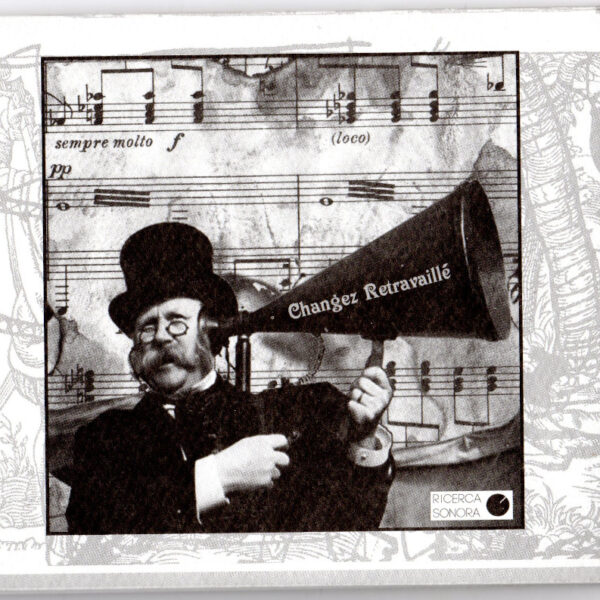