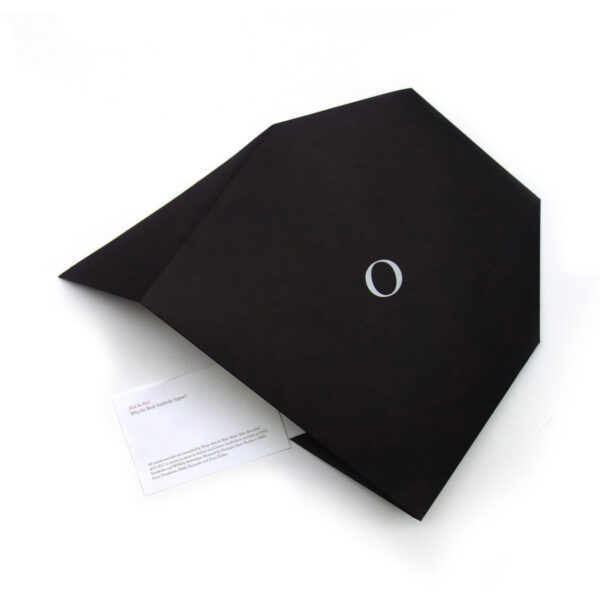 Debut release for both the Finnish-based duo Ahti & Ahti and for the label Ouidah, a new imprint by the Milan-based Blume label, this vinyl recording may take its name from the first line of the old Carpenters’ song “Close to You”. In that song, the theme ostensibly is romance between two soul-mates whose intertwined destiny was decreed before their respective births but if interpreted in a different way, the apparently kitsch lyrics of stars falling from the sky and angels spreading moon-dust on the fated target of the song eerily seem to justify stalking and determinist surveillance with no hope of overthrowing that control. (And of course those TSP readers who, like me, are fans of British film director Alfred Hitchcock’s work know that Hitchcock used birds as representatives of hidden psychological trauma or as harbingers of danger, violence and death in several films.) It’s fitting then that Marja Ahti and Niko-Matti Ahti, in their first release as a working pair (though they have previous works as solo artists and in collaborations with others), should address this alternate interpretation and expand it into an investigation with sound, space, memory and situation of how we in the West might take our freedom for granted in environments where power is more hidden than overt, soft rather than hard, and more powerful when we are unconscious of it than when we are conscious.

Why this recording has been released on vinyl in the way it has been might seem odd to some listeners because it’s a single work of field recordings, electroacoustic sounds and the sounds of treated objects. Duality seems an essential part of the recording (not least because the Ahtis are partners outside music) and so there are many contrasts within the work: quiet versus noisy, intimate and close versus huge and sprawling, space versus non-space and sound versus non-sound (not to mention the interactions that involve those last two polarities) among others. Whatever listeners experience when they hear this work, they are sure to be thoroughly immersed in the worlds that the various sonic contrasts yield as the album progresses. One thing Ahti & Ahti agree on though, is to keep the energy and spirit flowing which means that the work is continually active and springs new surprises right up to the end. In spite of its sprawling nature and the many sources and influences the duo bring, the work has its own organisation and a strong focus.

This is a very strong recording and a fitting introduction to a new act and a new label.