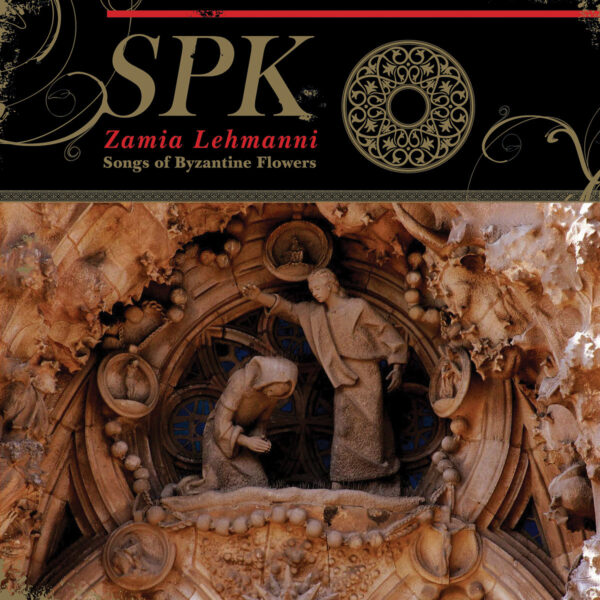 It seems I only get to hear about industrial music when a package from Cold Spring Records arrives (notwithstanding the fine Polish releases from Zoharum, of course, especially them Genetic Transmission reissues). The Australian group SPK are another industrial band who I never heard at the time and personally have no intention of starting a collection at time of writing, but I appreciate that Graeme Revell and his gifted collaborators are highly regarded by many, and are probably extremely innovative, radical, and forward-thinking artists in this field that is so strange and unknown to me. It seems their earliest music from the late 1970s and early 1980s is the most challenging, not just because of the intensity of the metallic noise they banged out, but also because of the unsettling ideas it embodied, raising uncomfortable questions about mental illness and the assumptions of society at large.

Main man Revell later developed a successful career in soundtrack music, I gather, although I haven’t consciously put on my Odeon-visiting shoes and set forth in search of his musical work in that area. I mention all this as background to today’s record, Zamia Lehmanni (Songs Of Byzantine Flowers) (COLD SPRING RECORDS CSR274), credited to SPK the band when it was in fact a Revell solo record. Originally this came out in 1986, and if you wanted to purchase a vinyl original (on the UK label Side Effects) now, you might have to fork out 30 smackeroos. It was reissued by Mute in 1992 and went through several pressings on CD, but today’s reissue gives it the “luxury” treatment with slightly rejigged artworks and a nice gold and black 6-panel digipak if you buy the CD; for vinyl fetishists, a gatefold cover housing a gold vinyl disc awaits you.

Artistically, Revell was moving some distance from the industrial camp by this time – he felt the whole genre was turning into a dead end – and Zamia Lehmanni is in fact full of lush instrumentals played on many keyboards, and though there’s a depressing and forlorn mood to the album, it’s not especially threatening or lethal to the brain and body. Indeed we are encouraged to think of the record as a milestone on the route towards his later soundtrack work. As to the content, I think the word “esoteric” might be near the mark; Revell describes, in his lengthy exposition, a personal voyage of discovery where he and his partner Sinan Leong immersed themselves in many audio and literary sources, doing a good deal of travelling and absorbing all manner of forgotten lore from libraries of literature and perfumed record collections. Revell calls this “a period of enormous cross-cultural fertilisation”, and if his reading list / printed quotes are anything to go by, his mental shopping bag was filled with the work of romantic and decadent poets, including all the big names such as Huysmans, Rimbaud, Mallarme, and Baudelaire. With this stew of influences teeming through a mind insatiable in its lust for forbidden knowledge, it’s perhaps almost inevitable that we find track titles such as ‘Invocation’, ‘Necropolis’ and ‘The Garden Of Earthly Delights’ on this release.

Very accomplished and assured work, through-composed and with solid arrangements; where not an inch of space is unused, and every moment is packed with ornate content, keyboard details, concealed voices, and rich invention. Much like the Byzantine style, in fact. From 4th December 2019.