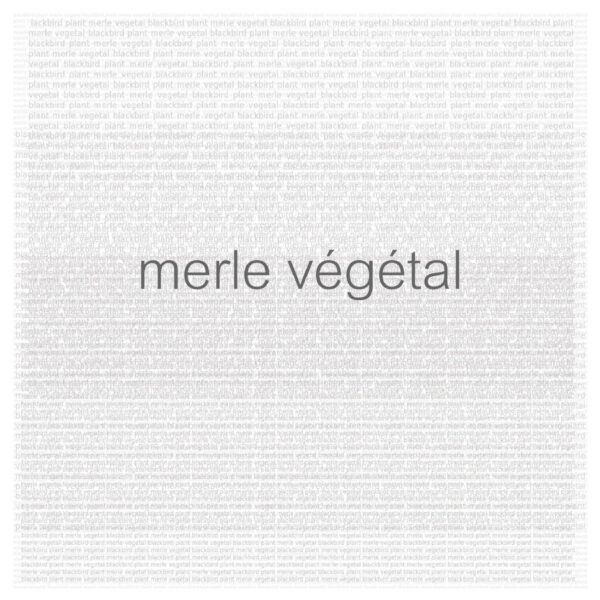 Enigmatic Belgian composer Pierre Gerard has released Merle Végétal (NO LABEL), a short item which if purchased arrives pressed on a mini-CD and affords 20 mins of cryptical composerly entertainment. We last heard him with the wispy Cavité Aérienne full-length album. On Merle Végétal, he is credited with playing guitar, cello and electronics and also supplies the “abstract” voice – the latter might be his way of describing the very subtle electro-acoustic treatments to which he subjects his fine larynx. Actually the credit goes on to say that the abstract voice was “recorded with_into environment”, another rather elusive way of describing his recording set up, but it indicates that he is very susceptible to the nuances of his surroundings, allowing them to penetrate and influence the quality of the sound in ways that only he can understand.

Some of the familiar Gerard elements are in evidence here in the structure of the composition, including the strategy of drip-feeding musical information to us in very short segments, and also the device of cutting off a sound well before it reaches the natural point of decay. These methods can be distracting, but it’s probably deliberate; a means of making us aware of years of conditioning that leads us to expect to hear recorded sound in a certain way. Such aural events as do reach us are surrounded in an all-white field of silence, or near-silence, and the sense of expectation is quite palpable. As ever, when I do reach the micro-second of musical incident, I find Pierre Gerard is evidently capable of creating extremely beautiful musical moments, and I sometimes yearn to hear them extended into a longer suite of continual music. But then he might end up as just another variation of the ideas of Morton Feldman.

The packaging for this item is also pretty neat; front and back cover have some details of photographs which are highly intriguing. One of them might be a subway map, or a section of a printed circuit. Inside, he has pasted half of a printed invitation to one of his own exhibitions (from 2008) called, I think, Dissidence. The card wallet has also been perforated as though a conductor on board an avant-garde train had punched our ticket. If we were all passengers on this train, it would be moving very slowly through a dark tunnel, allowing us to savour the very gentle interplay of the lights and ceramic tiles we can see through the windows. From 10th December 2019.