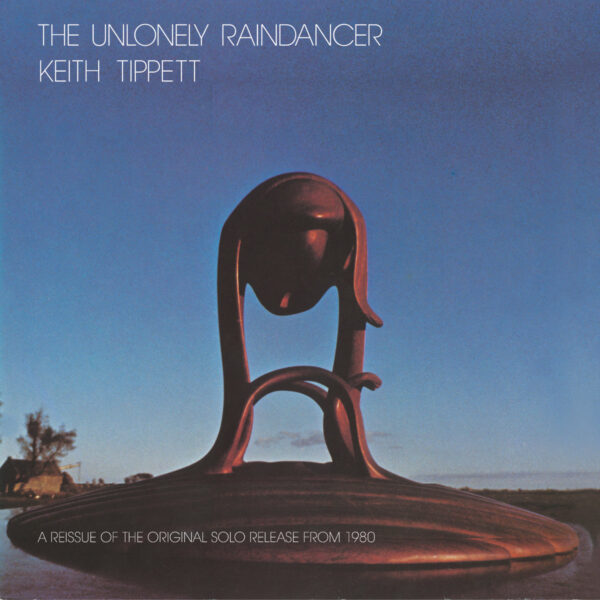 It’s a given when I say that over time Discus Music has been one of the major U.K. players in promoting a rich and diverse catalogue of left-field sonics and contempo composition, where others have feared to tread. But what is surprising is that this imprint has never concentrated its considerable efforts on any kind of reissue program. Until pianist / bandleader / composer Keith Tippett‘s The Unlonely Raindancer, clad in tux and sou’wester, shimmied back into the spotlight, that is.

This release initially saw the light of day as a double album issued on the little-known Universal Productions label; the aim, to document Keith’s solo tour of the Netherlands during April 1979, which took in the cities of Middelburg, Utrecht, Tilburg and Amsterdam. Aside from ‘Tortworth Oak”s pre-conceived melody lines and a brief zither cameo on ‘Midnight Snow Walk’, it’s improv piano all the livelong day, naked as St. Joanna intended. With tempos that are, at times, absolutely bewildering. K.T.’s patended warp-drive technique and dense cluster-pound on ‘Steel Yourself / The Bell, The Gong, The Voice’ come mixed with high-register precipitation; drenching the title track in a fine mist, flagging up a musician at the very top of his game. This is made even more remarkable when one combs the sleeve bio to find out that this was Keith’s debut solo tour. You can see why Robert Fripp was ultra-keen to deploy his talents on King Crimson’s Lizard nine years previous (more info on his tenure with the Crimsos can be gleaned from the new / expanded In The Court Of King Crimson mega-tome by Sid Smith, published this year through Panegryic).

It would be doing Raindancer a major disservice by overshadowing these steallar performances by spilling excess blather on just how this recording reappared. But details of this painstaking example of “reverse engineering” really do bear some extra scrutiny. And…it goes much like this…as no master tape existed for this set, the C.D. counterpart of the original album was reconstructed by Discus label boss Martin Archer from over ten hours of music recorded on the ’79 tour, which was then archived on eleven high-grade cassettes. He was then able to put a version (dubbed from vinyl) onto the studio computer to use as a reference. He then searched, no doubt until his eyes bled, for matching fragments of waveform within each concert performance, jigsaw style. Only when the L.P. was assembled by eye did Martin allow himself to listen to the music it contained!

In other words, upper-echelon piano exploration, unearthed through intensive graft. It doesn’t get much better than this.