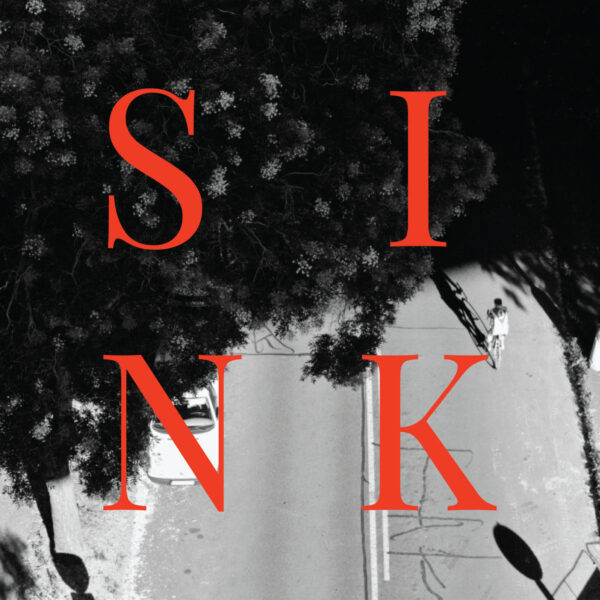 Here’s a useful snapshot from Berlin showing what’s happening with a four-piece of notables, calling themselves Sink with membership drawn from across Europe…at one point it was convenient to murmur in one’s breadcrumbs about something called “reduced Berlin improv” and point in the general direction of Phosphor, then mutter equally vaguely about a Berlin scene which might include uncategorisable players like Andrea Neumann and Ignaz Schick. Since then something called Echtzeitmusik may have emerged – for further details see the 3-CD set on this same label, from 2012.

For today’s self-titled record (MIKROTON CD 88), Sink play a form of music that’s a kind of update on what we used to call EAI, except they’re more spirited than a lot of material created under that banner, while retaining the nebulous, no-edges form that was one of the more appealing aspects. There’s also less in the way of digital and electronic sound sources, something that tended to clog up a lot of EAI records with just a shade too much unnatural tone. The players are Andrea Ermke, Chris Abrahams, Marcello Busato and Arthur Rother; Busato moved to Berlin from Milan, Rother came there from the Netherlands. Chris Abrahams is the famous veteran from The Necks, here playing a digital piano as it happens, but is not the lead player in this highly democratic set-up, where every contribution has equal weight. I’m digging Rother’s considered, deliberate guitar playing, and enjoying hearing some clearly-ringing and honest (undisguised) notes arising from his fretboard; not afraid to stay in one place, work with one chord; not one who cares to use his instrument for noisy purposes, this is more a form of minimal, deconstructed jazz chording. Ermke makes her sounds with minidiscs, samples, mixing desk…apparently she’s entirely self-taught, which I like, and her individual approach to splicing elements together does surface on this set now and again. Would like more of it; perhaps to hear her solo, or in a context with a less full sound than this (it’s lush, rich…syrupy drone, abounding notes, occasional eruptions of energetic splatter). Only drummer Busato disappoints, especially when he settles into a rather ordinary four-square beat which has unfortunate effect of making the music seem more banal / populist than it should. Prefer his more chaotic, scattershot patterments as on ‘Little Did We Know’, but even here he kinda lacks focus.

Sink have apparently been a going concern since 2004; I suppose they must have performed live a lot, but this is their first and only full-length album, and even so it’s taken many years for these 2013 recordings to reach our shores. No matter. I would like to report that the players have honed their group collaboration skills, but what comes over mostly on today’s spin is that Sink are mostly about the blend / combination of diverse sounds, rather than using the group format to say something or do something specific. One result of this is that the music doesn’t really travel anywhere, but mostly stays in one place until it’s finished. Nothing objectionable about this, and it’s good to hear people who aren’t in a tearing hurry to prove something to the world. So I grok that it’s “a malleable bubble of hovering excitement”, as press notes have it, though I wouldn’t know whether it’s the “perfect musical match for your after party after a long night at a Techno club.” Released in October 2019.