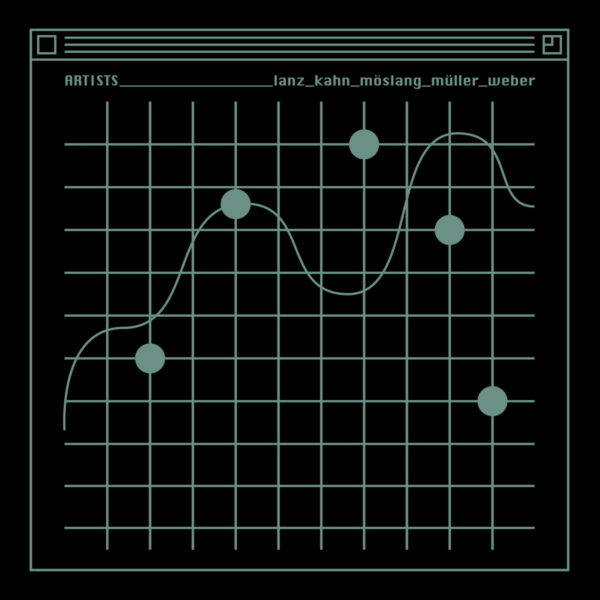 Superb two-disc set of lovely NOISE in the form of kangaroo_kitchen (MIKROTON 89/90), offering approx. 80 mins of non-stop playback pleasure. What a line-up; Günter Müller, Norbert Möslang from Voice Crack, Christian Weber, American Jason Kahn, and wildman Joke Lanz. That’s right, they’re all Swiss (or at least living in Switzerland), all past masters of free improvisation, noise and associated experimental musics. This comes from the 2018 Mikroton Mikroten Festival and both cuts were recorded in Russia (Kaliningrad and Moscow). This takes me back to the time of the label For4Ears (run by Günter Müller of course), and there were quite a few times when he played with Möslang and Kahn, e.g. on the Signal To Noise records around 2006-2007, and of course there was the very good 2018 Ground album from Mikroton when label boss Kurt Liedwart joined Müller and Möslang to create “maximal…non-stop continuous noise”. But this is the first time we’ve heard the addition of bassist Christian Weber added to such an equation, as we’ve normally heard him playing in an acoustic jazz/improv context with other Swiss jazzers, although he also plays with The International Nothing (much harder to pin down); and Joke Lanz, who is credited with turntabling here, is a most welcome addition to the picnic.

There’s a lot of voice elements spread across these two recordings, some of them quite dark and some of them quite absurdist, and while it’s tempting to credit the dangerous madcap Joke Lanz with these zany contributions, Jason Kahn’s radio set was also streaming from the airwaves and of course Günter Müller had his iPods, so it’s not always clear-cut whence these eerie spoken segments wafted in. The main impression we have on today’s spin is just this incredible density; layers and layers of sound, all competing for air in the same enclosed space, and thus producing the now-familiar “bubble and fizz” effect I have long associated with EAI projects where Müller was involved, except that now the equation is multiplied to a very high power. The group dynamic is also something to marvel at, numerous shifts in direction and mood, uncanny ability to vary the thickness and pitch of the densely-woven textures at any time, all players exhibiting both great boldness and considerable self-restraint at the same time. Interlocking harmony of performance, with not a single lull in the excitement levels nor an unexpected turning down a by-way which proves to be a dead end.

It must be incredibly satisfying to be on stage making this sort of racket for an hour at a time; must have been really something to witness, but also great to listen to this vivid and entrancing record too. Released in October 2019.