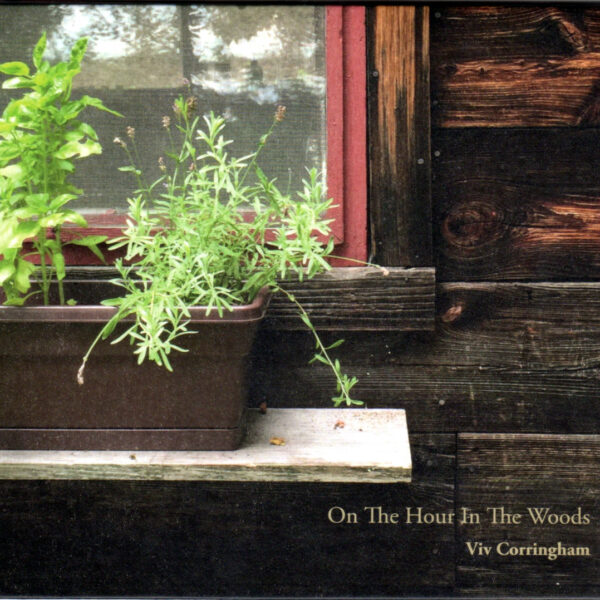 Viv Corringham continues her project of combining her vocals with environmental field recordings on her new record, On The Hour In The Woods (FARPOINT RECORDINGS fp068). It’s not too far apart from her 2019 release for Linear Obsessional, Until I Learn the Language of Vegetable Mineral, noted by Jennifer Hor who described it as “very song-like … with her manipulation of her vocals, the field recordings and minimal electronics providing the musical backing.” I myself enjoyed ‘Artists from the Future are talking to me telepathically’ from that album, which in both title and form expressed a very poignant sentiment about the artistic process.

For today’s In The Woods record, the story begins when Viv stayed at a cabin in the woods in the Byrdcliffe Arts Colony in New York, a venue near Woodstock which sponsors artist residencies and programs. Corringham recorded the sounds outside and sang along with them, making regular trips from her cabin to do this. About a month later she found that every hour of the day and night had been represented by her comprehensive efforts, and she brought the work to a close by simply saying “and so I stopped.” The finished album represents snapshots of this process, with 24 tracks which take us from 7am to 6am. What I would like to point out is the structure, if such it is, isn’t a rigid one; it seems to have arrived more from an intuitive and spontaneous path of investigation, rather than proceeding from a pre-determined map or grid. And while the tracks are of similar length (around two mins average), they are not strictly uniform.

For today, I much prefer this open-ended approach of Viv Corringham to a more inflexible method such as I have described, which a more puritanical conceptualist (invariably a male one) would invariably have followed. Sometimes rules just get in the way; instead, Viv Corringham listens to her own instincts, and trusts them. Touching and mysterious sounds result, vocals interacting in a simple and direct method with weather, birdsong, and unidentifiable sounds of the night and the morning. From 31st December 2019.